And like that, Salvation and Genisys just got terminated 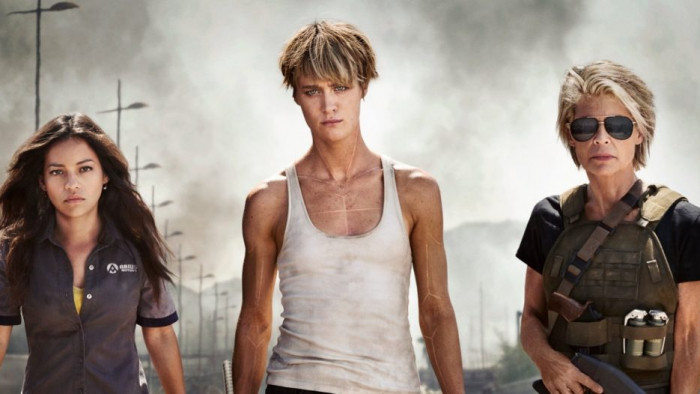 The first Terminator: Dark Fate teaser has arrived and it’s… actually pretty decent. It uses the tried-and-tested trope of having a slow song to build up tension (the track is RAIYA - Hunter, thanks for asking) and comes complete with all the bombastic action we’ve come to expect from the series, minus the mountains of fromage that the frankly terrible Terminator: Genisys also brought.

This movie is set to be a re-alignment of the series. It’s like it’s been sent back in time with a mission to destroy all trace of the last three movies and, essentially, to help the franchise stop getting Terminator wrong.

That’s right, Dark Fate is a true successor to the might of Terminator 2: Judgement Day (which is riding high in our best 90s movies guide) and brings Sarah Conner back, and she looks bloody brilliant.

In the teaser we see her handling a massive gun and then an even bigger one. She means business.

Arnie also makes an appearance, marking the first time we have seen a terminator with a greying beard and we see new terminators played by Mackenzie Davis and Gabriel Luna, whose T-1000 like morphing has been given a black, sludgy look.

Directed by Tim Miller, who made the fantastic Deadpool, it so far looks like Terminator: Dark Fate may not actually be a dud.

We’ll find out for sure when Terminator: Dark Fate is unleashed in cinemas 25 October. In the meantime, head to our best TVs list so that when you rewatch Judgement Day, you do it in style.