New footage proves this is going to be one scary movie. 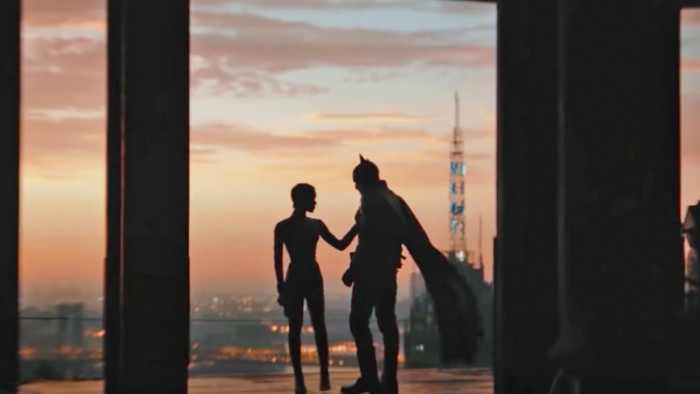 The Batman is shaping up to being one of the most terrifying adaptations of the comic-book character, with the latest trailer delving more into the plot of the movie.

The new Japanese trailer shows the scariest incarnation of the The Bat yet, with The Riddler acting like a super-stalker, trying to unmask Batman and get to the bottom of just who the new-ish superhero on the block is.

He seems to be doing this by provocation: smashing a vehicle through a church procession, kidnapping high-ranking officials and mainly getting under the skin of Bruce Wayne, who he has a lovely collage of in his basement.

But it looks like Bruce/Batman is having none of it, beating up goons, chasing down The Penguin in the Batmobile which ends in a fireball crash, and apparently teaming up with Catwoman.

There's a real menace to this new trailer and it looks like director Matt Reeves, for this "emotional Batman" movie, has got the casting spot on. Robert Pattinson looks superb as both Bruce Wayne and Batman, everything we have seen of Zoe Kravitz as Catowman is perfect and Colin Farrell may well be unrecognisable as The Penguin, but his portrayal looks to be a memorable one (we can see why the character has been given his own show).

As for Paul Dano as The Riddler. Well, this is an altogether different guise for the Bat villain, more Se7en style serial killer than the normal green-suited gurner. This is about as far from Jim Carrey's version of The Riddler than you can get, and we can't wait to see more of the character.