The Star Wars Holiday Special is coming to Disney Plus... sort of

We are getting a LEGO Star Wars Holiday Special which is amazing. 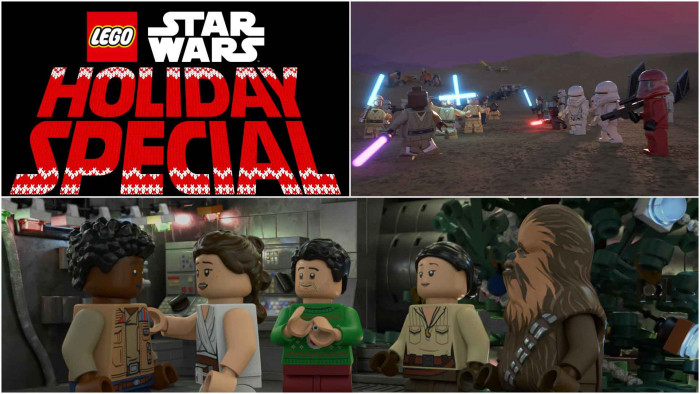 Disney Plus has revealed that we are getting a brand-new Star Wars Holiday Special which is set to come to the streaming service in LEGO form.

Now, the Star Wars Holiday Special is, well, very special indeed. It's something that's been kind of swept under the carpet. It was meant to be a fun, jovial look at Star Wars lore set on Chewbacca’s home world of Kashyyyk and centred around a celebration called Life Day.

Unfortunately even the most ardent of fans couldn't quite believe what they saw in 1978 and George Lucas promptly pretended it never really existed... until now.

According to Disney Plus, the show's synopsis is as follows: "Directly following the events of Star Wars: The Rise of Skywalker, Rey leaves her friends to prepare for Life Day as she sets off on a new adventure with BB-8 to gain a deeper knowledge of the Force.

"At a mysterious Jedi Temple, she is hurled into a cross-timeline adventure through beloved moments in Star Wars cinematic history, coming into contact with Luke Skywalker, Darth Vader, Yoda, Obi-Wan and other iconic heroes and villains from all nine Skywalker saga films. But will she make it back in time for the Life Day feast and learn the true meaning of holiday spirit?"

The show is being directed by Ken Cunningham who has had a hand in the LEGO Marvel and LEGO Jurassic Park TV shows and written by David Shayne, who also wrote Lego Star Wars: All-Stars.

Even though it's a completely different, and updated, plot, we're really hoping that fun will be poked at the original Holiday Special.