Star Wars: The High Republic - 5 things to know about the future of Star Wars

Project Luminous is real and it will focus on a whole new batch of Star Wars stories. 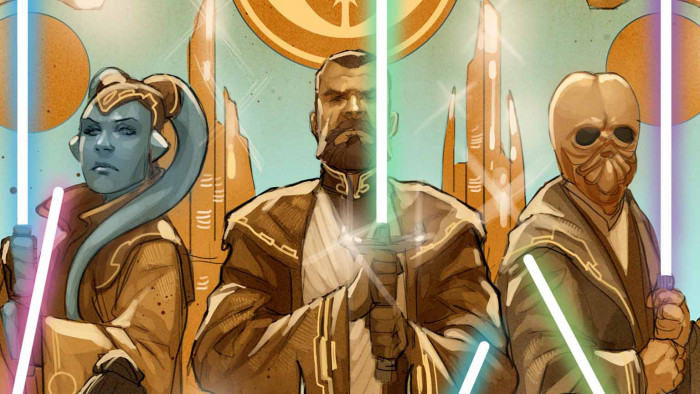 By Marc Chacksfield
25 February 2020
The future of Star Wars, in book form at least, has been revealed and it’s set hundreds of years in the past, bypassing the Skywalker Saga and setting up a multitude of new stories.
Called Star Wars: The High Republic, the official blurb is as follows: “The High Republic is set in an era when the Galactic Republic and the Jedi Order are at their zenith, about 200 years before the events of Star Wars: The Phantom Menace.
“This period on the Star Wars timeline will not overlap any of the filmed features or series currently planned for production, giving creators and partners a vast amount of room to tell Star Wars stories with new adventures and original characters.”
A standalone set of stories all set in the distant past of Star Wars lore it is then, but what does that actually mean? And does it mean that we won’t see any of the old faces? Here’s five things to know…

1. We will see the Jedi in their prime

So far, Star Wars has given us more myths and legends about the Jedi than reality. Yes, we’ve seen many a Jedi master in the movies and comics, but these are Jedi frayed from the Force - they are the last in a lineage and we will finally see what the Jedi were like in their pomp.
According to Lucasfilm's publishing creative director Michael Siglain, “Star Wars: The High Republic features the Jedi as we’ve always wanted to see them - as true guardians of peace and justice. This is a hopeful, optimistic time, when the Jedi and the Galactic Republic are at their height. But of course, into this glorious new era something wicked this way comes.”

2. We will find out what the Jedi are scared of

Now, the Dark Side has always been a fearful Force to be reckoned with, but the Jedi were never really scared of it, they just knew that fear is the path to the dark side etc. In this new set of stories we are set to see what really spooks the Jedi.
“This initiative will give readers young and old a new corner of the galaxy to explore through rich, meaningful stories. Plus, readers will learn what scares the Jedi,” said Siglain.

3. The stories are set in the Outer Rim

The Outer Rim is pretty famous in Star Wars lore. It’s where Mandalore is and is packed with ‘frontier’ planets, so expect plenty of battles and the like as these territories aren’t really brought under law. Throughout Star Wars Palpatine was trying to quash any dissent in the Outer Rim, building up his military to make sure he could rule over these planets.
Lucasfilm vice president, franchise content and strategy James Waugh reckons these new stories will take part there, noting: “This was a golden age for the Jedi, and also a time of galactic expansion in the Outer Rim. So expect there to be rich tales of exploration; charting out the galaxy, meeting new cultures, and discovering what pioneer life in the Outer Rim was like.”

4. Fan-favourite authors have been chosen to pen the books

Claudia Gray, Justina Ireland, Daniel José Older, Cavan Scott, and Charles Soule have been brought in to craft this new era of Star Wars publishing.
Gray is no stranger to Star Wars (and YA fiction) having already written: Star Wars: Lost Stars, Star Wars: Bloodline, Leia, Princess of Alderaan and Star Wars: Master and Apprentice.
Justina Ireland has penned: Journey To Star Wars: The Rise of Skywalker Spark of the Resistance, and Star Wars: Lando's Luck.
Daniel José Older wrote the tie-in novel to Solo, called Last Shot. Cavan Scott has written Dooko, and Han and Chewie spin-offs, while Charles Soule has been the author of various Star Wars comics from Marvel Comics.

5. And these are the first books you are getting…