More "widescreen" than your TV 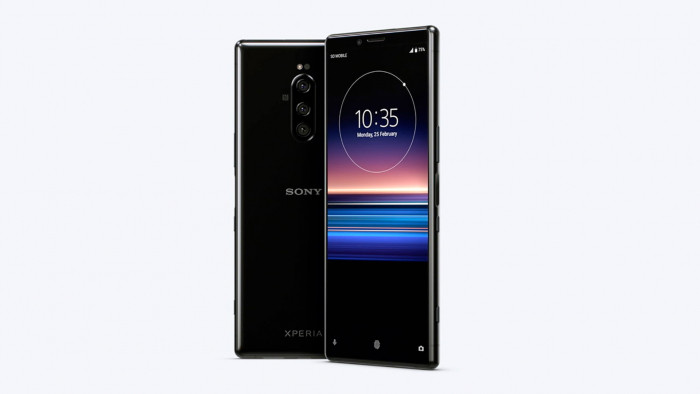 The Sony Xperia 1 was announced in February, and is finally available to order.

This phone is incredibly long, thanks to a 21:9 cinema-style screen. It seems unique in a sea of notches and punch holes. It also has the world's first 4K OLED smartphone display. It's sharp.

More Xs Max than Xs though, the Xperia 1's large screen also supports HDR. And with 6.5 inches of display, should show off HDR videos beautifully.

The Xperia 1's premium screen specs come with a premium, water resistant shell. Tough Gorilla Glass 6 protects the phone's front and back, and its solid aluminium frame is buffed to reflective perfection.

This is the first Sony flagship to feature a triple camera. The latest Xperia has a point to prove, and Sony hopes to do it across three zoom ranges.

Its main camera has OIS and a wide f/1.6 lens aperture, to let in loads of light. The telephoto camera has a 2x zoom and OIS to keep things steady, and the ultra-wide angle camera has a 16mm equivalent focal range. This phone can get a lot in a shot, ideal for groups and landscapes alike.

This time around though, Sony goes after videographers as well as photo fans, with a separate video recording app called Cinema Pro. This lifts the lid on a range of full manual video controls, and lets users shoot in a range of formats, with HDR-esque, cinematic finishes.

Under the hood, power looks plentiful with a Snapdragon 855 chipset paired with 6GB RAM. When you factor in the 128GB internal storage and support for microSD cards up to 1TB, it seems the Xperia 1 ticks a lot of boxes.

A couple of things it doesn't feature include wireless charging and a huge battery. Its 3330mAh capacity is middling given the phone's power demands. All things accounted for though, if it manages to make it through a day, the Xperia XZ1 looks a corker.

Rather have a watch? Read our mega test of the best Android smartwatches