Best Samsung Phones 2020: A galaxy of greats - including the Galaxy Fold

The best Samsung phones from the Note 10 to the Galaxy Fold. 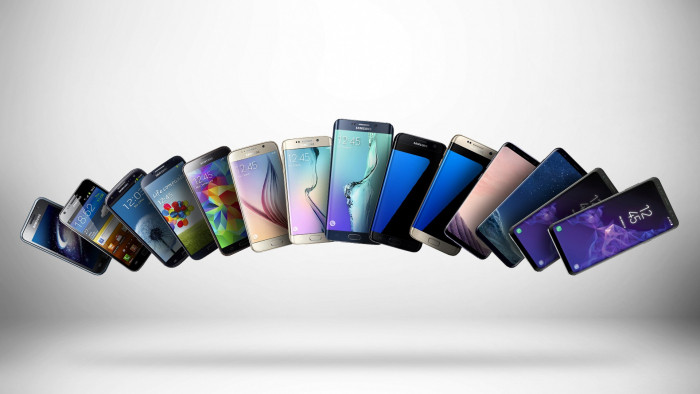 Samsung is the biggest smartphone maker in the world. That’s a massive achievement when you consider the strength of the competition from Apple and Huawei but which is the best Samsung phone around?

Samsung’s phones aren’t just extremely popular. They’re also among the most technologically advanced, not to mention the most downright stylish handsets you can buy.

We have also been playing with the Samsung Galaxy Fold for a good while now and it's gone straight into our best Samsung phone list. The phone is a superb foldable and it may have had a rocky start, with issues with the first batch of handsets, we found the new version to be a polished and fantastic next-gen 5G phone.

The South Korean manufacturer has led the way in a number of key areas, from adopting fancy OLED screen technology to the practice of releasing a new flagship phone every six months. Indeed, the sheer number of Samsung phones out there on the market is a good reason to assemble a list.

This is no retrospective. All of these phones are widely available to buy brand new in shops and on the internet right now - a fine tribute to Samsung’s ubiquity as well as its quality control. 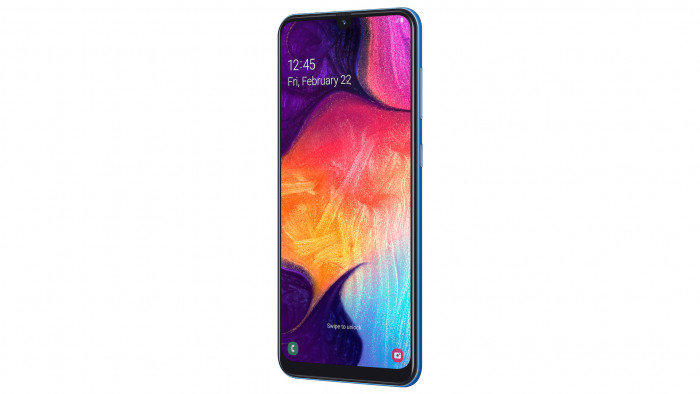 The Galaxy A50 is the Samsung phone you turn to if you want the company’s slinky bezelless design without paying top dollar. You get a dominant 6.4-inch Super AMOLED display at a third of the cost of a Galaxy S10 Plus.There’s a performance trade-off, while the fingerprint sensor is mounted on the back and the phone itself is made of plastic. Conversely, a triple-lens camera smacks of a much more premium phone. 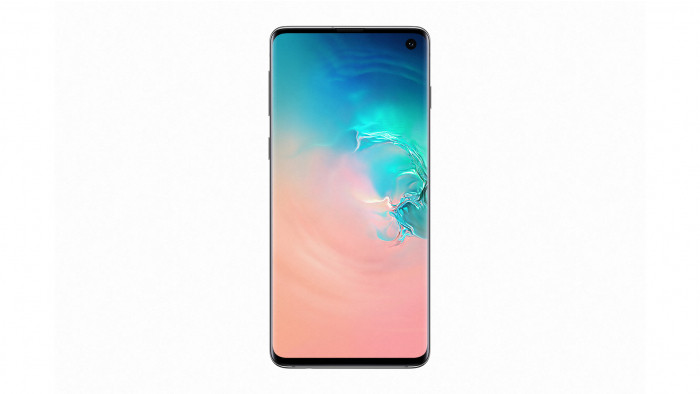 Samsung’s current flagship phone represents a sizeable forward step from the previous models. The distinctive dual-curved display is still there, but it now takes up even more of the front of the phone thanks to a new hole-punch design that embeds the selfie cam within the screen.

Elsewhere an ultrasonic in-display fingerprint sensor and a versatile triple-camera add to the sense that this is Samsung’s most ambitious phone in years. 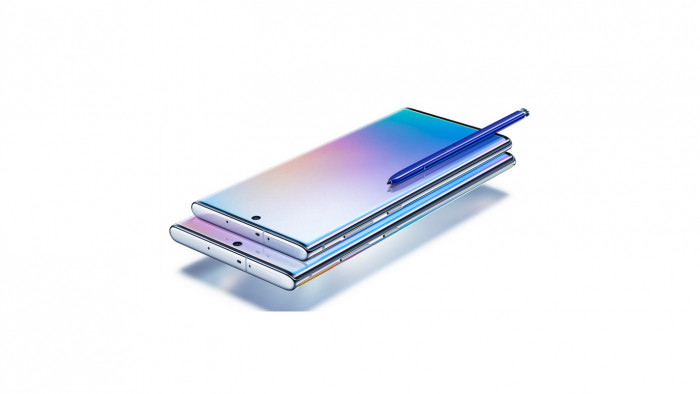 If you are thinking the 6.3 inches of the Galaxy Note 10 just doesn’t do it for you, well you are in luck. The Samsung Galaxy Note 10+ trounces this screen size, by adding a huge 0.5 inches to it. The screen here is a sizeable 6.8 inches. There’s more pixels crammed on it per inch, too, making it a gorgeous thing to look at.

This big screen has also been given HDR 10+ capabilities, so in terms of watching movies on these things, if the movie supports this codec, it’s going to look pretty spectacular.

The S Pen stylus has also had a decent upgrade and now works much better than its predecessor and comes with Word – making it much more handy for last minute work on-the-move.

There's a 4,300mAh battery inside the Note 10. What's more Samsung's new charger will allow you to charge your phone so it will have a day’s worth of power in just 30 minutes (with the optional 45W charger).

We also think it's a great option for vloggers, with a bunch of video editing smarts on-board, as well as hree cameras on the back that offer an ultra wide (16MP), wide angle and telephoto lenses (12MP). There’s also a depth sensor on board, so you can do things like live bokeh on the images you take. 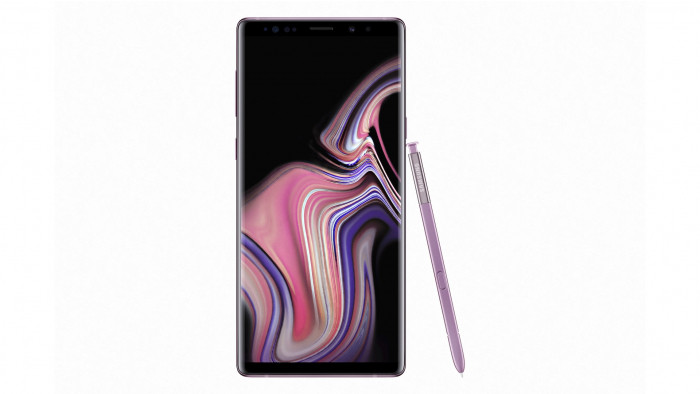 Samsung’s latest flagship phablet was one of the most feature-complete phones of 2018, and it continues to be a viable choice in the first half of 2019.

The S10 Plus might have matched its 6.4-inch Super AMOLED display and topped it for raw performance. But only the Galaxy Note 9 packs the S Pen stylus. The Galaxy Note 9 is a true productivity powerhouse, yet it’s currently much cheaper than its large-screened brother. 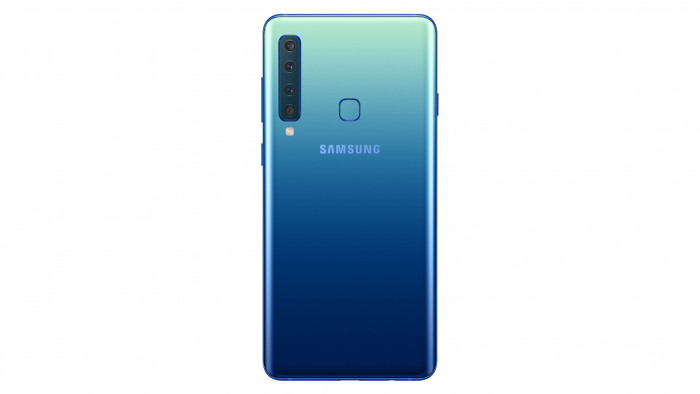 If you’re impressed by the fact that the Galaxy S10 comes with three rear cameras, you might be surprised to learn that the Galaxy A9 got there first. In fact, it went one better with the world’s first quad-camera offering.

All that, and that Galaxy A9 is about half the price of a Galaxy S10 Plus. Sure, you get a humbler spec list for your money, but this remains a very tidy package with an eye-catching camera. 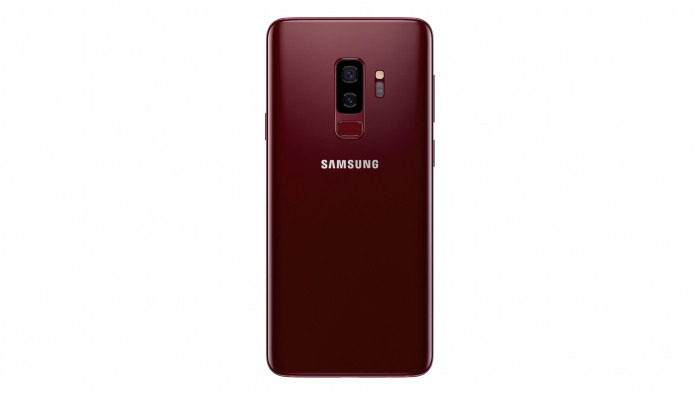 If the Galaxy S9 continues to be relevant today, its big brother is even more so. Compared to the S9, the Galaxy S9 Plus packs a larger 6.2-inch display and a more capacious 3,500mAh battery.

But what makes the Galaxy S9 Plus's future-proofing better than the S9's is its 50% extra RAM, which allows much more room for manoeuvre. It also packs an extra camera for 2X optical zoom. 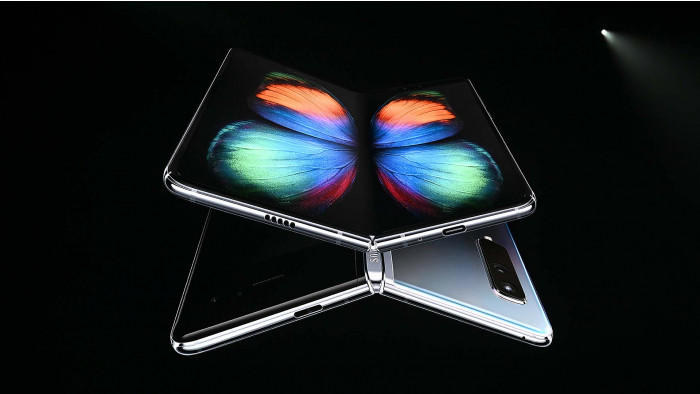 The Samsung Galaxy Fold is one of our favourite smartphones. Granted it is not for everyone - the steep price prohibits this. But if you can afford it, then you will get a smartphone unlike any you have used before. When folded, it's a chocolate bar shape. Here you can do numerous tasks on its small front screen (4.6-inch) - including replying to WhatsApps and the like. Fold it out though and it transforms - the huge 7.3-inch screen is fantastic for playing games on and one of the best ways we have ever seen to browse your photos and Instagram. Whip it out at your local pub and you are bound to get stares, for all the right reasons. There is also the bonus of the handset being super-speedy 5G compatible. 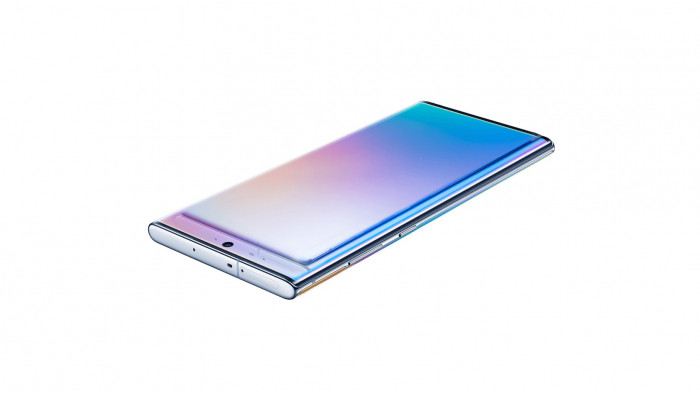 The Samsung Galaxy Note 10 is actually smaller than its predecessor the Galaxy Note 9 - its screen measure 6.3 inches, while the Note 9 boasts a 6.4 inches.

It makes better use of the screen size, though, as it does away with the notch on the top, instead having something called an edge-to-edge Infinity-O display. This adds a decent 10% more screen than when compared to the Note 9. Oh and the ‘O’ in Infinity-O is essentially the front-facing camera and it’s now situated in the middle of the device. It’s a 10MP camera, so plenty of pixels there to make sure your selfie is as good as it can be.

There's lots more to love about this phone than its screen though. The S Pen stylus now works much better than its predecessor and comes with Word – making it much more handy for last minute work on-the-move.

There's a 3,500mAh battery inside the Note 10. What's more Samsung's new charger will allow you to charge your phone so it will have a day’s worth of power in just 30 minutes (with the optional 45W charger).

We said in our hands-on review of the Note 10, we think this is a good handset for vloggers, with a bunch of video editing smarts on-board, as well as three cameras on the back that offer an ultra wide (16MP), wide angle and telephoto lenses (12MP). There’s also a depth sensor on board, so you can do things like live bokeh on the images you take. 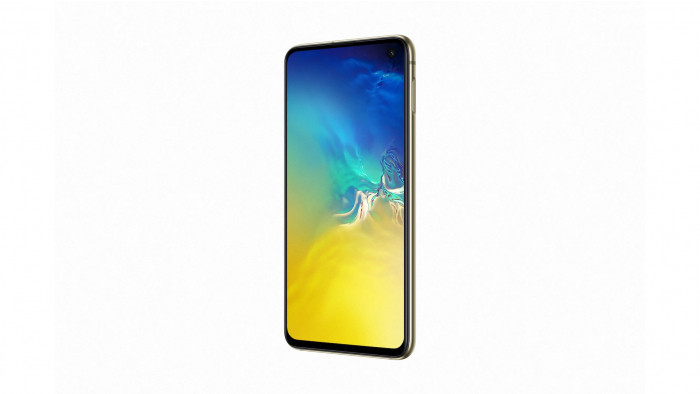 The third member of the Galaxy S10 family might be the smallest of the lot, but don’t you dare call it the runt of the litter. It’s far too accomplished a phone for that.

Featuring the same speedy processor and largely the same camera set-up as the other models, the Galaxy S10e is every inch the heavy hitter. Many actually prefer its smaller, flatter display and useful side-mounted fingerprint sensor, not to mention its lower price. 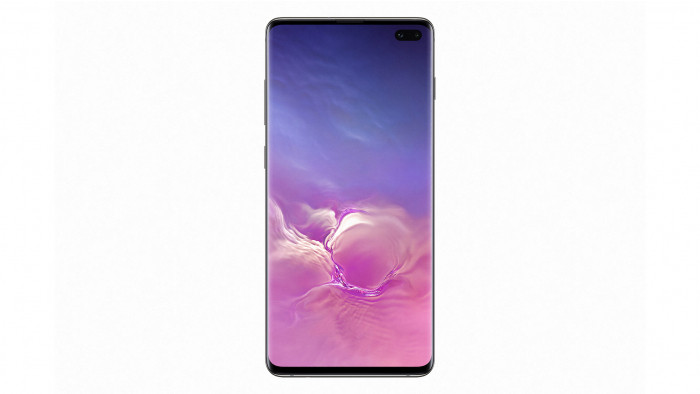 If the Samsung Galaxy S10 is a big achievement, then the Galaxy S10 Plus is quite literally an even bigger one. The S10 Plus takes everything that we love about the Galaxy S10 and expands it with a 6.4-inch Super AMOLED display.

The S10’s ability to wirelessly charge other devices makes a lot more sense on the Plus with its chunky 4100mAh battery, while a second front camera adds extra depth and detail to your selfies. 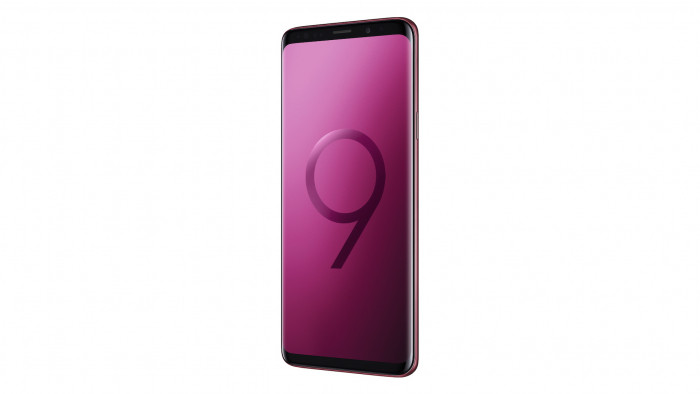 The arrival of the Samsung Galaxy S10 means one thing for savvy smartphone fans - knock-down prices for its brilliant predecessor. And believe us when we say the Galaxy S9 still comes up with the goods.

Samsung’s distinctive dual-curved design means it’s better-looking than 99% of the other phones on the market, while there’s ample headroom when it comes to performance and storage. Samsung continues to support the S9 with software and security updates too.