The Simpsons knows how to give its audience a knowing nod or two.

The Simpsons has always been great at sneaking pop culture references into its episodes, to the point that we often find ourselves hit with a pang of déjà vu upon watching classic films or TV episodes for the first time.

That really familiar scene or visual? You think you’ve already seen it because you have already seen it, in a Simpsons episode that probably aired before you were old enough to watch the original.

There are so many references there, some of which you probably didn’t even realise were references.

While regular episodes are packed with references, it’s often even more visible in the ‘Treehouse of Horror’ Halloween specials, with most of the anthologies recalling horror classics – or classics in general. That’s before you get onto the myriad Twilight Zone nods which come with the territory.

Some are made obvious in segment titles like ‘I Know What You Diddly-Iddly Did’ or ‘Citizen Kang’, but others are a little more subtle.

Want to know where to start? Here are 10 of The Simpsons’ best Treehouse of Horror references, along with a bit about the original. 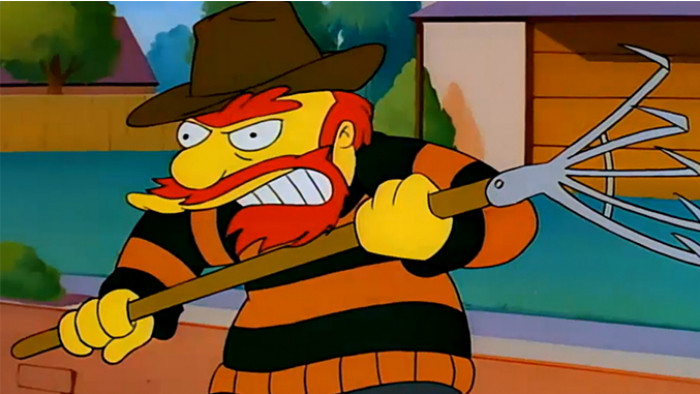 The Simpsons does what it does best, shoehorn adult themes into a kids' TV show! On homage duty is Freddy Krueger with Groundskeeper Willie starring as the iconic horror villain. He haunts the kids of Springfield's dreams, all while keeping making us all chuckle at the same time. 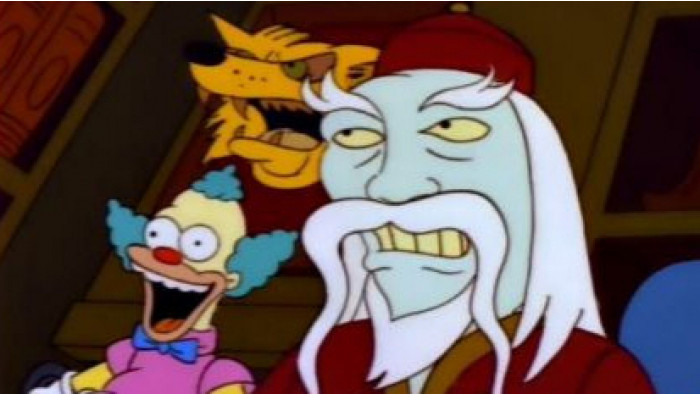 In the opening segment of ‘Treehouse of Horror III’, Homer buys a Krusty the Clown doll for Bart which turns out to be cursed. Well, we say ‘turned out’ – we’re warned of this early on, but perhaps Homer was too distracted by the thought of potassium benzoate to compute the first part of the message from the shopkeeper who sells him the doll.

That shopkeeper? Well he just so happens to bear a very striking resemblance to Mr Wing, the owner of the store from which Gremlins character Randall Peltzer buys a pet Mogwai for his son. Should have known not to trust him, frogurt or no frogurt. 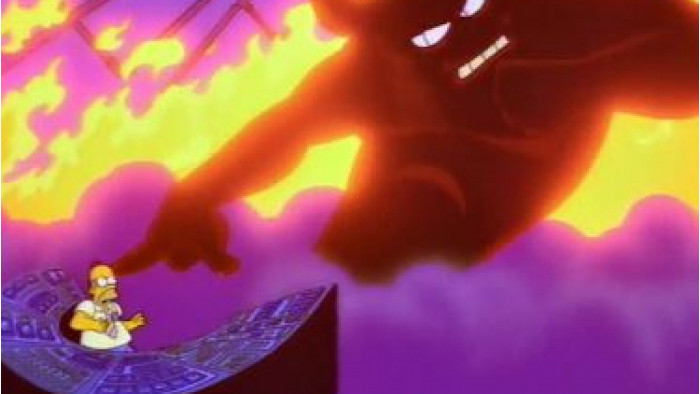 3. Treehouse of Horror IV: The Devil and Homer Simpson

Yes, the main premise – or at least the title – is a riff on The Devil and Daniel Webster. However, there’s also a nod to Fantasia in the segment where it is revealed Ned Flanders is the (non-canonical) devil.

When Homer claims to be smarter than the devil, Satan rises up in a new form – one which you might find familiar. 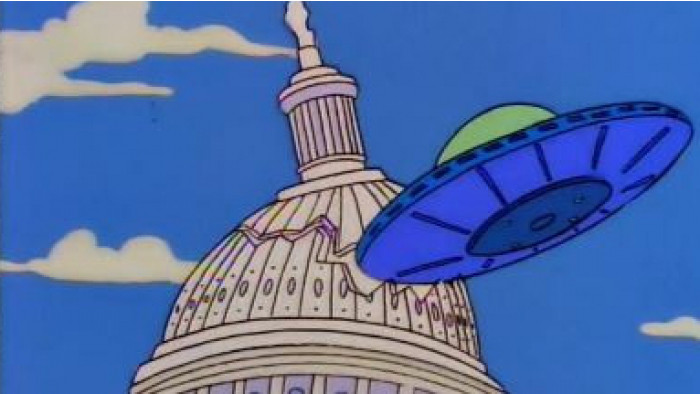 Yes, the title is a Citizen Kane reference, but there’s also a nod to Earth vs the Flying Saucers in the 1996 episode.

It occurs when Homer flies a spaceship into the US Capitol building, mimicking a similar scene from the 1950s film. 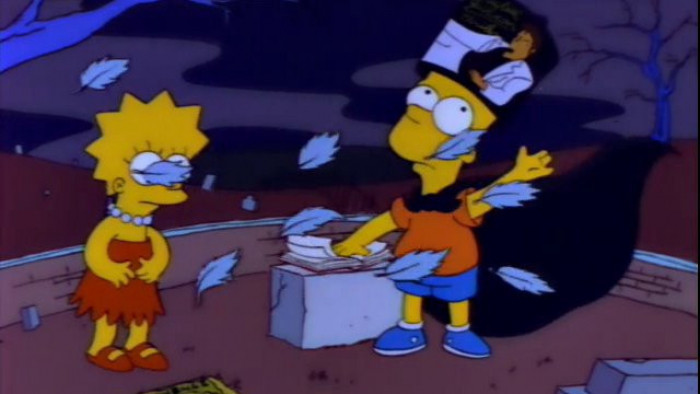 The third and final segment in the episode involves Bart and Lisa accidentally raising the dead after trying to merely revive their dead cat Snowball I, but the Dial M for Murder reference in the title isn’t the only pop culture element.

Take a closer look at Bart as he casts the spell. Is that a record on his head? Not just any record – it’s Michael Jackson’s ‘Thriller’, the video to which is notorious for its graveyard setting and zombie theme. 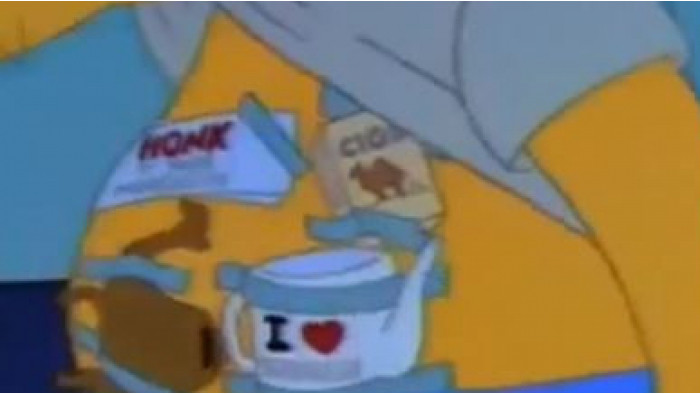 The second Treehouse of Horror episode, which also features a (curtailed) Frankenstein-related introduction from Marge, sees the Simpson family have very detailed nightmares after gorging themselves on Halloween candy.

Lisa is up first, with her nightmare drawing on the decades-old short story ‘The Monkey’s Paw’, but there’s also a nice touch with an allusion to Midnight Express as Homer is stopped at a Moroccan airport trying to smuggle souvenirs out of the country. Compare and contrast. 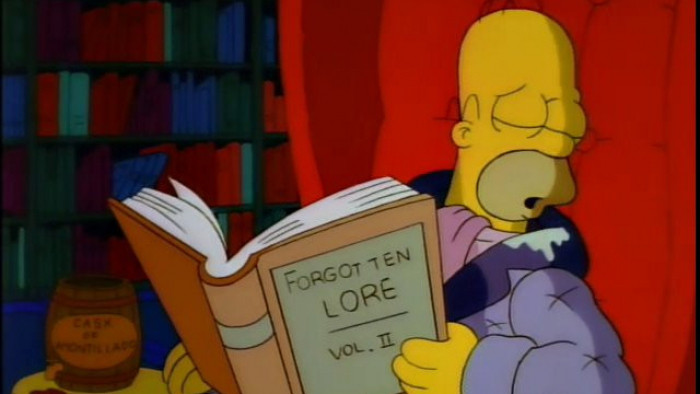 7. Treehouse of Horror I: The Raven

On the surface, the final part of the first ‘Treehouse of Horror’ episode is just a straight reading of Edgar Allan Poe’s classic poem of the same name, but there’s a little more to it than meets the eye.

Those books which fall off the shelves towards the end of the segment? They’re fellow Poe classics The Pit and the Pendulum, The Tell-Tale Heart (which you’ll probably also remember from the episode ‘Lisa’s Rival’) and The Purloined Letter, while the vessel by Homer’s chair at the start recalls another of the author’s works, The Cask of Amontillado. 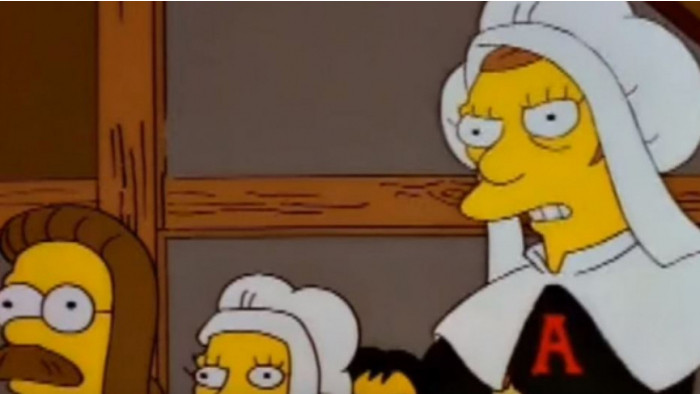 Set in the 17th century, this olde tyme look at Springfield (or Sprynge Fylde) draws on plenty of witch-based cultural artifacts of years gone by, but there’s also a more subtle, blink-and-you’ll-miss-it element.

In the town meeting scene, as Marge is accused of witchcraft, you see the famously promiscuous Mrs Krabappel marked with a scarlet letter, in reference to Nathaniel Hawthorne’s 1940s-set novel of the same name. 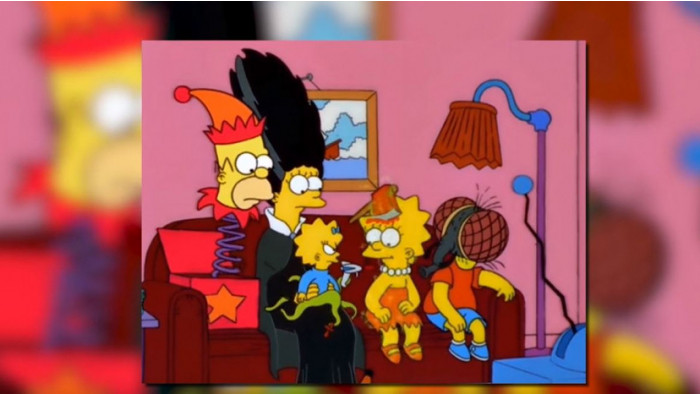 View on Disney Plus

OK, this is where things get meta, with the couch gag featuring callbacks to previous ‘Treehouse of Horror’ episodes in which members of the Simpson family take different forms. 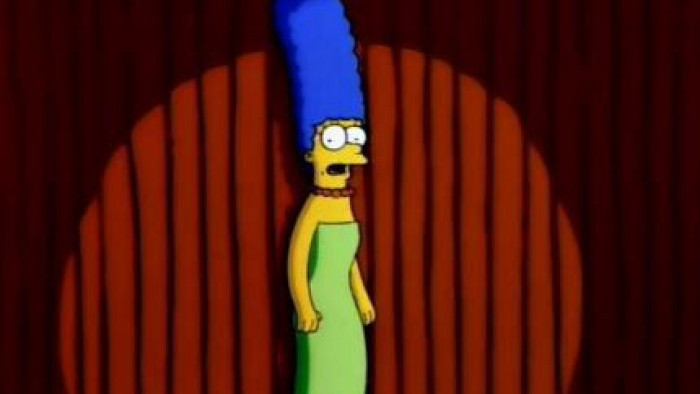 10. Treehouse of Horror I: Marge’s Introduction

What better place to start than right at the very beginning, where Marge steps out on stage to warn us about the Halloween special we’re about to watch. The first time you watched it, you might not have considered it too out of character to give it a second thought.

However, it is based on this introduction to Frankenstein – given by actor Edward van Sloan – in which viewers are told they can leave the screening if they don’t feel they have the disposition for such a film.