The North remembers (to say please and thank you) 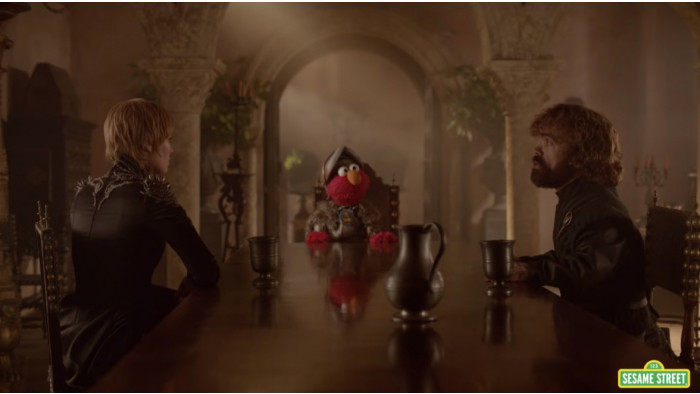 Ordinarily, it wouldn’t be an episode of Game of Thrones without at least ten people dying and at a little gratuitous nudity, but this short is a little different for various reasons. Yes, Cersei and Tyrion appear prominently, but so does Elmo.

No, this isn’t an incidental character that George R.R Martin introduced in any of the first five Game of Thrones novels. It’s the same Elmo you’re thinking of: the furry red monster from Sesame Street with a penchant for tickling and fair play.

Suffice it to say that Elmo doesn’t have much time for the familial bickering of the Lannister clan, and has a different solution to the siblings’ problems. One which they’ve been remarkably resistant to in the past.

It would be hugely unexpected if this is how the actual show goes down. Listening and compromise aren’t things that have historically worked out very well for the inhabitants of Westeros – probably because they weren’t brought up on the teachings of Big Bird, Elmo and Grover. Even Oscar the Grouch has cracked more smiles than Jorah Mormont.

So why is Elmo all decked out in chainmail and making a trip to Westeros? It’s all part of Sesame Street’s “Respect Brings Us Together” campaign where the show’s inhabitants teach others about the importance of mutual respect. If you haven’t fully absorbed the lessons in the video above, here’s Cookie Monster helping out the inhabitants of Westworld