Sandra Bullock and Netflix did pretty well with 'Bird Box', so are reuniting for 'Reborn' 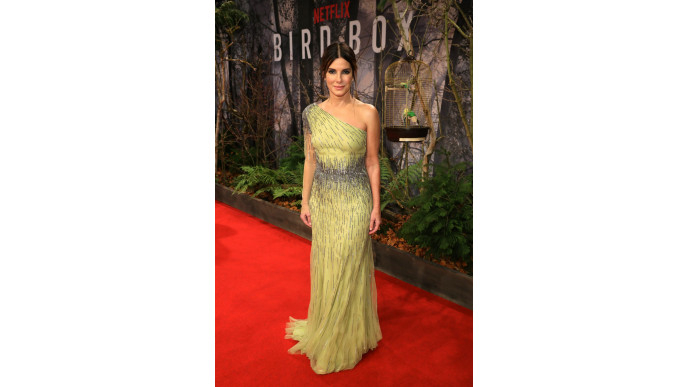 Did y’all see Bird Box? It was good, right? Not as good as the hype surrounding it, and not as good as some of the videos of people injuring themselves emulating it, but it was good. Half The River Wild, half A Quiet Place. Good. It ended up being watched in over 80 million households, which is a shit-ton of households, making it one of Netflix’s most-seen productions.

Now Netflix is reuniting with Bird Box star Sandra Bullock for Reborn. Originally a comic by writer Mark Millar (creator of Kick-Ass, Wanted, Kingsman and many more) and artist Greg Capullo (who has worked on Batman and Spawn, and awesomely contributed to the artwork on the koRn album Follow The Leader), Reborn follows an eighty-year-old woman who dies and finds herself battling big-ass monsters in the afterlife. She’s not eighty in the afterlife, so Bullock might end up playing her, although she is currently only attached as a producer. Chris McKay, director of The LEGO Batman Movie, is directing.

Netflix announced a massive deal with Mark Millar in 2017, purchasing his comics line Millarworld and the rights to all of its properties – Millar still runs it but as a subsidiary of Netflix. “Mark has created a next-generation comics universe, full of indelible characters living in situations people around the world can identify easily with,” said Netflix chief content officer Ted Sarandos at the time. “We look forward to creating new Netflix Originals from several existing franchises as well as new super-hero, anti-hero, fantasy, sci-fi and horror stories Mark and his team will continue to create and publish.” This will be the first project to come out of that deal.

Netflix is facing a potential gap in terms of superhero and comic book properties, as Disney’s new streaming service means Marvel properties will all be rehomed. Could the gap left by Jessica Jones, Luke Cage and Daredevil be filled by Sandra Bullock fighting monsters in the afterlife? Very possibly.