The Samsung Galaxy Flip is here and will withstand 200,000 of your goddam flips 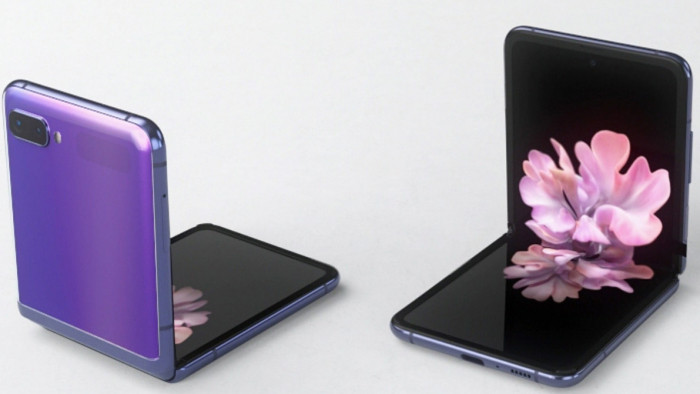 The Samsung Galaxy Z Flip is a real thing, with Samsung revealing that it is now the proud parent of two foldable phones.

The design of the Samsung Galaxy Z Flip means that it will fit in your palm and then you can flip it open to to reveal a fully 6.7inch screen (with bezel), that's been made out of brand-new Samsung Ultra-Thin Glass.

The new shape means that you can actually fold the phone in your hand and use one half of the screen as a camera and the other as the controls, with Samsung noting that you can "use your Galaxy Z Flip like a laptop, with the free-stop mechanism and Flex mode. View on the upper half of the screen, while using the bottom half to control. It also allows you to shoot 16:9 widescreen videos in portrait mode."

The phone will lock in different angles if you need it to and many apps have been optimised to make use of that bendy screen. Precise sensor technology, according to Samsung, means the Galaxy Z Flip can change how you experience your apps, depending on whether it’s folded, half-folded or fully unfolded.

Innovation like this does cost, though, with the phone coming in at £1,300 or around £55 a month for 24 months on a contract. Colour-wise, it comes is mirror purple and black in the UK, but you can also get mirror gold elsewhere.

The Samsung Galaxy Z Flip is out on Feb 14 so if you REALLY love someone, then this is for you.