Samsung brings the fight to Apple with AR glasses patent 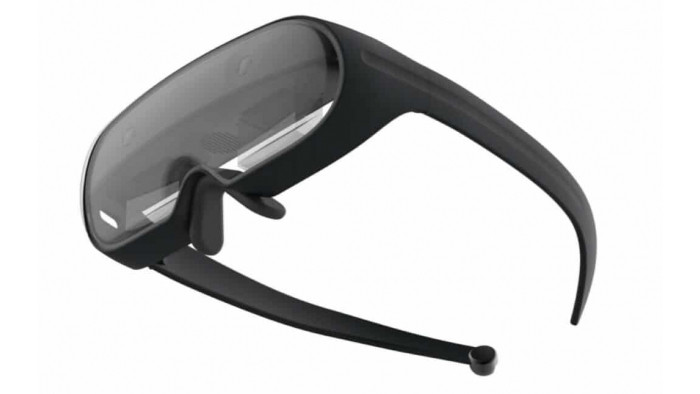 Rumours around Apple’s AR glasses have been circulating for months, and now it seems Samsung want to get a slice of that augmented reality action too.

A patent application for an AR headset has been uncovered by Dutch website Galaxy Club, and it features a full 3D render of the device.

The application was originally filed in February, but was only made public in South Korea a few days ago.

Along with the 3D render, there are also a number of illustrations and a few details about the patented device.

It doesn’t give much away in terms of the technology because it is a design patent, but the device appears to have two cameras - one for each eye - and a cable running along one arm.

It’s not yet clear if the cable would be for charging or whether it needs to connect to a smart device to work. There also appears to be a small speaker, though they could be ventilation holes (which is a little less exciting).

However, don’t expect to see these AR glasses on the market any time soon as a patent is not a guarantee that product will ever be sold.

What it does do is confirm that Samsung is playing with this type of AR technology, and seeing as Samsung hasn’t released a new VR headset since 2017, that's pretty exciting.

For now, there's nothing else to do but wait and see.