Or maybe this is the actual film? 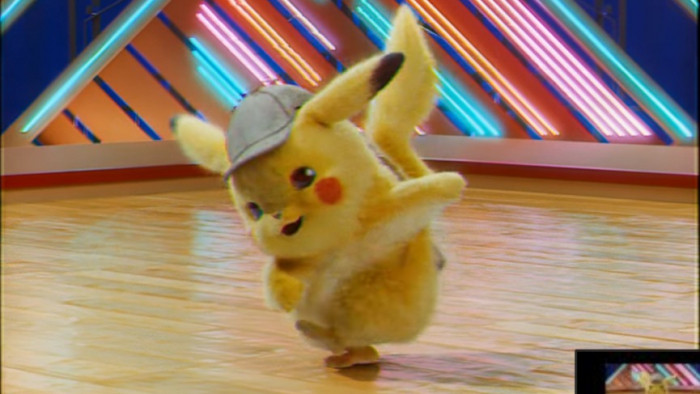 The reviews of Detective Pikachu have been pretty kind so far, with the movie averaging 71% on Metacritic. Despite its adorable art style, this may seem a little bit generous if you’ve seen the purported leaked version on YouTube, which has rather more of Pikachu dancing than you’d expect in a full cinematic release.

Yes, for the first minute and eight seconds, the film seems like a genuine leaked copy of the movie which has somehow made it past YouTube’s copyright filters. For the remaining hour and 50, you’re treated to Pikachu dancing.

To be fair, this might be the full movie – I haven’t actually seen it yet. If so, I give it a solid 3/5 – the plot isn’t up to much, but you can’t fault the choreography.

Related: Best films of the ‘90s

Considerably more likely is that this is a brilliant piece of viral marketing from Warner Bros, especially given the clip was promoted by the voice of Pikachu, Ryan Reynolds:

It might seem strange that Deadpool is now voicing the world’s most famous Pokemon, but then it feels equally strange that said Pokemon has broken out into freelance police work. Or indeed that he can now talk at all. Basically, people have got a lot harder to shock since audibly gasping when Pikachu spoke his first words in 2017:

Over four million people have watched Pikachu’s dance moves, and at the time of writing it has over 146,000 upvotes – although around 12,000 people were unimpressed enough to give it a downvote. There’s just no pleasing some people.