Quentin Tarantino's 'Once Upon A Time In Hollywood' trailer is here

With an all star cast to boot 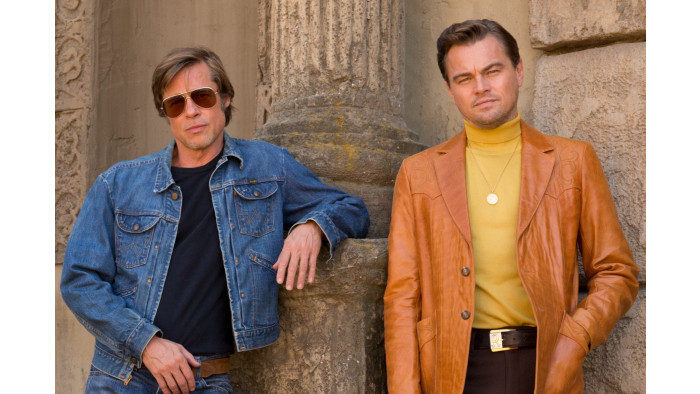 Quentin Tarantino’s Once Upon A Time In Hollywood is released later in the year and looks like one of the most exciting films for 2019.

The film stars Leonardo Dicaprio as actor Rick Dalton, and Brad Pitt as his stunt double Cliff Booth, navigating a new Hollywood in 1969 – around the time of the Manson murders. Margot Robbie stars as Sharon Tate, the actress murdered whilst pregnant by the Manson Family, and wife of Roman Polanski.

Tarantino spoke of his excitement about the film to Deadline last year; “I’ve been working on this script for five years, as well as living in Los Angeles County most of my life, including in 1969, when I was seven years old. I’m very excited to tell this story of an LA and a Hollywood that don’t exist anymore. And I couldn’t be happier about the dynamic teaming of DiCaprio and Pitt as Rick and Cliff.”

Take a look at the trailer here;

It looks pretty decent, right? Brad and Leo look effortlessly cool, it’s funny, and Al Pacino is in it too, alongside Kurt Russell, Damien Lewis, Emile Hirsch, Bruce Dern and Dakota Fanning. Sorry, who isn’t in this film?

The film was also 90210 actor Luke Perry’s last project, as he sadly died earlier this month from a stroke aged just 52. The film is almost confirmed to show at the Cannes Film Festival, 25 years since Tarantino showed Pulp Fiction there in 1994, it’s also the first one of Tarantino’s films that hasn’t been produced by the Weinstein company, after the allegations levelled against Harvey Weinstein.

All in all, it looks like a great, funny, and slightly dark summer blockbuster, in theatres August 14th.

Leonardo DiCaprio subtly stuck it to his haters, and nobody noticed