Nintendo classic Dr. Mario is certain to become your next mobile game addiction 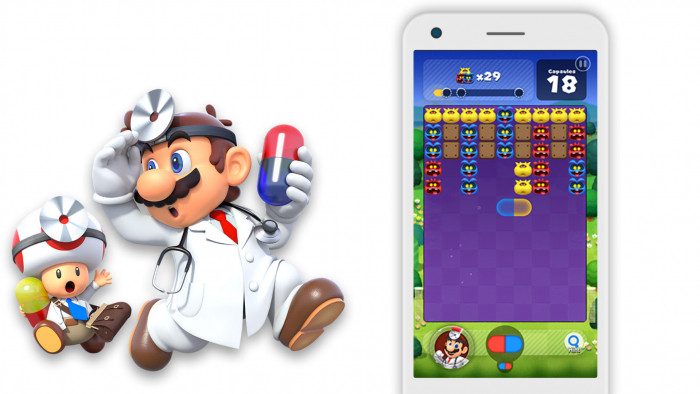 Nintendo classic Dr. Mario is coming to your phone next month, on July 10th.

The original Dr. Mario was released way back in 1990. It was a Tetris inspired puzzler in which Mario dropped the plumber garb and picked up a stethoscope.

Dr. Mario World is the new mobile version. You drop colourful pills onto the screen to eliminate viruses. You’ve seen the format a thousand times before: match the colours to eliminate blocks and rack-up those points.

Related: Vote for the best retro game of all time

But why should you care if Dr. Mario World looks like just another colourful puzzler to add to the Himalayan pile of the things on the App Store and Google Play?

This is only the second Mario game to come to mobile, after 2016’s Super Mario Run. And the fifth Nintendo has released, full-stop.

Dr. Mario World is also the best clue as to how Nintendo will approach micro-transactions in Mario Kart Tour, the upcoming Android and iOS Mario Kart Game. And, sorry pill fans, we care a lot more about that.

Will Nintendo wring the life out of Dr. Mario World with prompts to spend 99p on level skips and £4.99 on gold hospital scrubs that make Mario look fancy? Hopefully not.

Nintendo is a master at making simple games feel great, though. Expectations are high. Dr. Mario World will also offer a head-to-head mode you can play with friends — yes please. And you can send “hearts” to them when they run out of lives, which sounds like a good way to avoid "paying to play" too often.

Own the Nintendo console too? Check out the best Switch games