New The Batman poster is packed with cryptic hidden secrets

Now that's how you get people hyped for a movie. 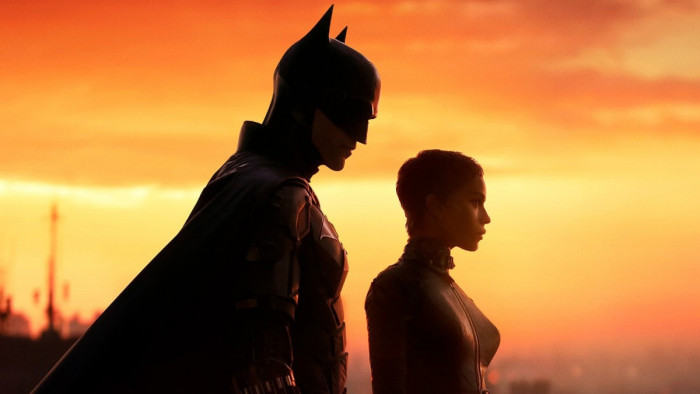 With The Riddler being the main big bad in the new The Batman movie (plated by Paul Dano), it was inevitable that Warner Bros would amp up its publicity campaign with cryptic clues - and a whole bunch of them have appeared on a new The Batman poster.

It turns out that if you use a blacklight on the new poster, then some cryptic messages appear. These messages are similar to coded messages that have been seen in other parts of the movie's marketing.

They were picked up by Twitter user @Nervatel (and picked up by comicbook.com) who initially noticed that there were some markings on a poster. He could just about read what they said but a co-worker with a blacklight uncovered the code.

It reads: You are a part of this, too. Find out why.

There's also some hieroglyphs, a cypher that has already been decoded by the internet - it brings you to a pretty cool site that houses a Riddler text game where you have to answer three questions correctly.

Given that the latest movie is set to bring back Batman's detective roots, this is a great way to get fans invested (and, no, we didn't crack the code annoyingly).

The Batman is a movie that is completely standalone to the current DCEU. Matt Reeves revealed recently just why he wanted to create this story outside of the connected DC universe.

Reeves recently chatted to Total Film, too, about the new movie and just how much of a fan he is of the character.

"I loved [Batman] since I was a kid, and I was introduced to the character through the Adam West TV series," Reeves notes.

He continues: "Every time that the movies came out, I was a huge fan. I just never thought that the opportunity would come my way."

After some Covid delays, the movie is set to be released 2 March, with tickets going on sale 10 February.