Even the Magic Keyboard is new. 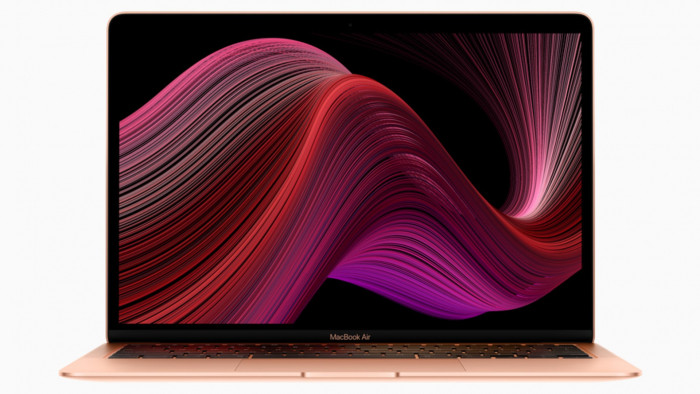 Apple have just revealed a new and improved MacBook Air and there seem to be some pretty substantial changes - all for a lower price.

According to Apple, the new 13-inch MacBook Air delivers up to two times faster CPU performance and up to 80 percent faster graphics performance.

The storage now starts at 256GB - double what the previous model offered - and it now has the new Magic Keyboard that is currently found on the bigger MacBook Pro.

Apple now described the keyboard as having a “stable key feel” with 1mm of key travel and the new inverted-“T” arrangement for the arrow keys is meant to make them easier to find without looking down.

It also has an “industry-best” Force Touch trackpad, Touch ID and, in a first for the MacBook Air, it also now supports up to a 6K external display.

Made from 100% recycled aluminum, there are three colourways available - Space Grey, Gold and Silver.

The new MacBook Air is available to order now with prices starting at £999.