Robert Pattinson suits up in this behind-the-scenes camera test. 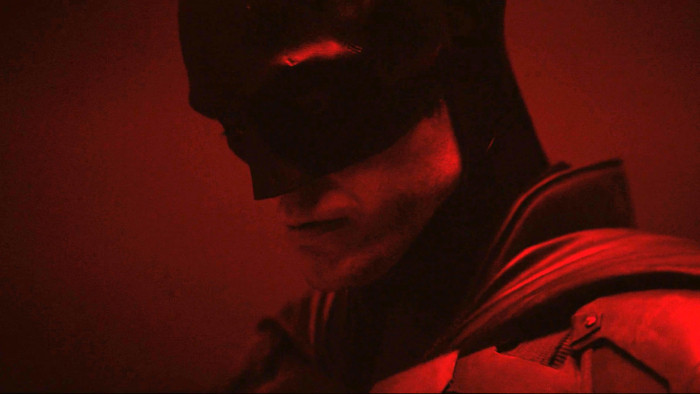 Well, this was a surprise - director Matt Reeves teased the world this week with the very first glimpse of Robert Pattinson as The Batman, which means we get our first look of the new Batsuit.

The choice of lighting in this behind-the-scenes camera test was interesting - the red hue does make him look a little bit like that other Marvel superhero DareDevil, but it's pretty clear that Robert Pattinson is going to look pretty awesome as a younger Batman.

The camera test is around a minute long and was posted on Twitter by director Matt Reeves, who previously helmed two fantastic Planet of the Apes movies, Cloverfield and horror remake Let Me In.

Composer Michael Giacchino also confirmed on Twitter that the music used in the clip is his - it sounds menacing and, well, dark.

There are many more details to get from the clip, other than Pattinson's chin looks immense. One thing that does stand out is that the bat symbol on his suit is without a head and is similar to the first bat symbol used in the initial run of Batman comics.

The other thing to note is that it is made up of what looks to be gun parts... it's not the biggest reach to think that this could well be made from the gun that killed his parents.

If that is the case, then it's a really cool touch.

The Batman is out 25 June 2021. Its other stars include Zoe Kravitz as Catwomen, Colin Farrell as The Penguin, Paul Dano as the Riddler, Jeffrey Wright as James Gordon and Andy Serkis as Alfred Pennyworth.