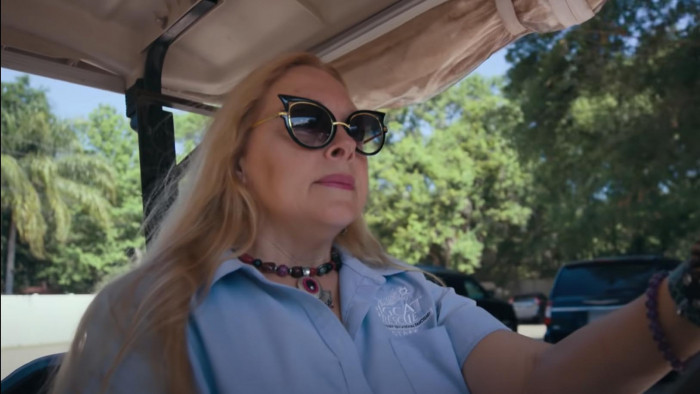 Netflix's Tiger King is one of the most talked about shows of all time - and for good reason: its true tale of warring zoo owners, missing people and Joe Exotic is jaw dropping.

Given the first series ended as it did, it felt like there was always room for a second series and now we have a trailer and it's quite something.

Tiger King 2 is set to return in November and as you will see from the trailer, a lot is being teased: from new revelations that could change the case for Joe Exotic to how the other people featured in the documentary are dealing with their new-found fame.

It's pretty clear that Exotic isn't happy about the situation, given "an innocent man is in prison" (his words) and everyone else is reaping the benefits from the show.

And those benefits include a ton of cash, with Jeff Lowe proclaiming he has "more money than God right now".

The trailer is garish and is exactly what you would expect from a show that was 2020's biggest talking point. Well, other than Covid but a forced lockdown in some parts of the world probably helped the series get so popular.

As well as catching up with old characters, there's also the on-going saga of what happened to Don Lewis, Carole Baskin’s late husband, with a tease that he was "up to some stuff" in Costa Rica.

The Tiger King 2 release date is 17 November and you can watch the trailer below.