And it's a critical smash, too. 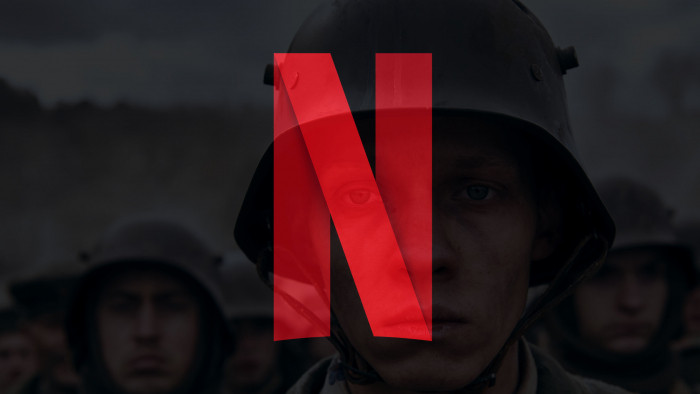 Netflix has a new number one movie this week, and it's both a critical and audience hit. This is despite it being one of the most brutal and harrowing watches you will have in a long time.

All Quiet On The Western Front is an anti-war movie. Based on the celebrated novel of the same name, by Erich Maria Remarque, the book has been adapted a number of times. First in 1930, where it won an Academy Award and again in 1979.

The book itself is one of the best war novels of all time - and is currently voted top of our own list.

The plot of All Quiet On The Western Front is centred on Paul Bäumer, a German soldier who joins his friends in World War 1. While positioned on the Western Front he is soon traumatised by the trench warfare he witnesses.

Directed by Edward Berger, who also brought us Deutschland 83 and Patrick Melrose, All Quiet On The Western Front is a frighteningly realistic look at the events of World War 1 through the eyes of a young German soldier.

Both critical and audience percentages are high for this one on Rotten Tomatoes, with the movie scoring 92% and 91% respectively.

Entertainment Weeklynotes that it is "a film that feels both aesthetically dazzling and full of necessary truths: an antiwar drama that transcends the bombast of propaganda mostly just because it's so artfully and indelibly made."

The New York Times also reckons that All Quiet On The Western Front "aims to pummel you with ceaseless brutality, and it’s hard not to be rattled by that."

Having seen the movie ourselves we would agree that this one is something of a hard watch, but also an essential one - given the current political climate.

The movie, according to Flix Patrol, has topped the Netflix charts this week - the complete top 10 is as follows:

1. All Quiet on the Western Front

3. The School for Good and Evil