Not even Ryan Reynolds can stop this one. 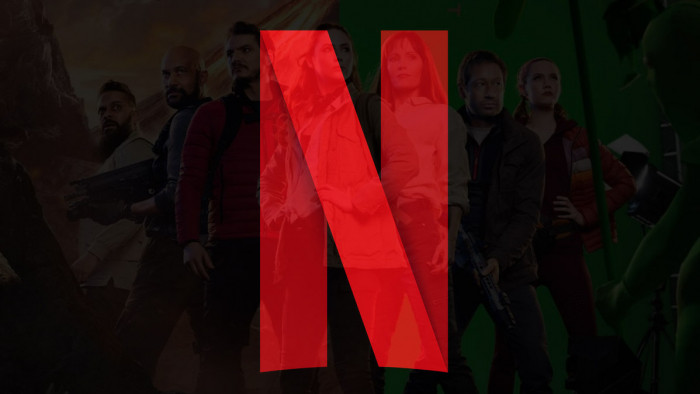 There is a new number one movie on Netflix right now and it is one that's most fitting for the times we find ourselves in right now.

The Bubble is a movie all about the pandemic - well, the most mundane side of the situation which is lockdown.

Created by Judd Apatow, it's a satirical look at trying to make a movie while the world is in lockdown. To stay safe and follow protocol, a bunch of actors have to 'bubble' up in a hotel in the English countryside for two weeks.

The result is a cameo-packed comedy that critics haven't been too kind about but if you are judging it on star power alone (and views) then it's a smash.

The movie was apparently inspired by the on-set events of Jurassic World Dominion which was also shot through a pandemic, with the cast having to go through a similar thing and stay in a hotel together.

Some of the actors in The Bubble include: Karen Gillan, Iris Apatow. Fred Armisen, David Duchovny, Leslie Mann, Pedro Pascal and Peter Serafinowicz.

According to FlixPatrol's metrics, The Bubble is the most-watched Netflix movie right now by some margin, with All Hail in second place and third is the Ryan Reynold's vehicle The Adam Project.

Netflix's own stats have The Bubble in second place, but this only takes into consideration the dates 23-3 April, which equates to only three days' worth of viewing figures for the film.

In just those three days, though, according to Netflix is has notched up some 12.5 million hours of views.

When it comes to TV, there's no change at the top as Bridgerton is currently holding on to both first and second spot, with its latest season top and its first season getting more views than third place (and former number one) Is It Cake?.