Featuring Paul Rudd… with a side serving of more Paul Rudd 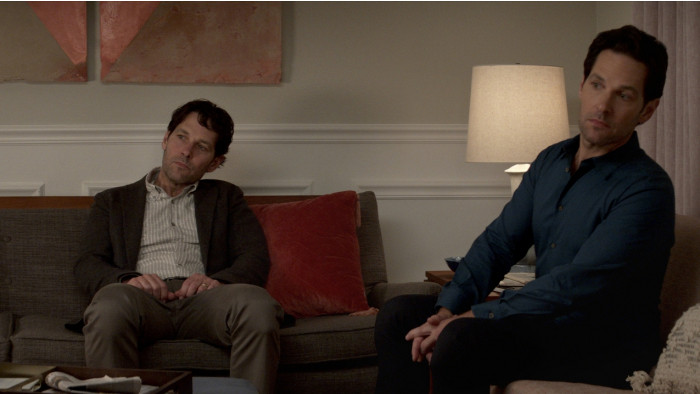 If you’re a Paul Rudd fan (isn’t everyone?), this one is for you. We’re not sure Netflix could physically fit any more Paul Rudd into its new series Living with Yourself.

The Ant-Man actor is taking some time out of the Marvel universe to star alongside... (you guessed it) Paul Rudd in a Netflix series about a man who undergoes a novel spa treatment that promises to make him a better person, only to end up being replaced with a new and improved version of himself.

We have been told the eight-part series, which has been created by Emmy award-winning Timothy Greenberg, will be told from multiple perspectives. And Rudd is not only starring alongside himself but also This Way Up’s Aisling Bea, who plays his wife - so it’s bound to be hilarious.

Teasing the show on Twitter, Netflix said: “We auditioned a bunch of co-stars for Paul Rudd but the only person who was actually worthy was Paul Rudd, so we put him in the show twice.”

Before adding: “And what's better than two Paul Rudds? One @WeeMissBea.” Fans of Rudd will have a little while to wait though, as Living with Yourself not set to debut on Netflix until October 18.