14 movies that, absurdly, are 20 years old this year 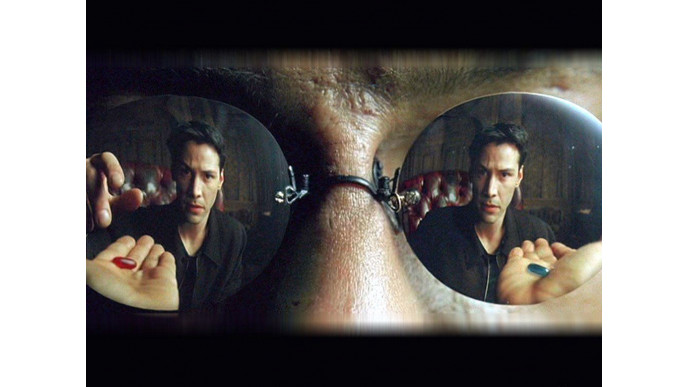 The passage of time is an absurd thing. Films you feel like just came out are suddenly decades old, which means – no, it couldn’t – that you are also decades and decades older than you thought you were. Bloody hell.

1999 was a tremendous year for films and, insanely, was now twenty years ago. If you remember seeing any of these films in the cinema, congratulations: you are as old as the hills.

Still one of the coolest films ever made (despite two underwhelming sequels and a million misguided jacket purchases), The Matrix is an ingenious, visually extraordinary, completely dazzling sci-fi spectacle, a perfect match of style and substance and theatrical proof that sunglasses don’t need arms if you’re super badass.

Part deconstruction of toxic masculinity, part problematic celebration of it, the more time that goes by, the stranger a cultural artefact Fight Club is. Nevertheless, it’s an extraordinarily well-made film, with star turns from Edward Norton and Brad Pitt, a scene-stealing, be-bosomed Meat Loaf and weird, clever, postmodern gags.

3. Austin Powers: The Spy Who Shagged Me

The second Austin Powers film arrived in a very different context to the first – the original was a sleeper hit that only found success on home video, while The Spy Who Shagged Me was a huge release (oo-er!). It introduced the world to Mini-Me (RIP Verne Troyer) and Fat Bastard, and gave unfunny people licence to be so, so unfunny. It also led to a lot of conversations in the media about the rudeness or lack thereof of the word “shag”, which was a great deal of fun at the time.

Tied with Fight Club as the 1999 film that most demanded an immediate rewatch, The Sixth Sense may not stand up to enormous narrative scrutiny (as painstakingly, pedantically, forensically examined by ShortList’s own Gary Ogden), but its twist was so shocking at the time that director M. Night Shyalaman’s name is still used as shorthand for that kind of holy-shit-what-just-happened ending.

The best Star Trek film ever made isn’t a Star Trek film at all, but this lovingly-made, laugh-out-loud parody, in which the cast of a cheesy Trek-like show are abducted by aliens who believe them to be the real space heroes they portrayed. The cast is magnificent, with a never-more-weary Alan Rickman totally stealing the show. It also features the best ever cinematic appearance of an individually wrapped cheese and cracker pack.

Notable more for the meta-narrative surrounding it than as a film itself, The Blair Witch Project arrived with one of the first ever viral marketing campaigns. Thanks to nobody knowing for certain whether it was real or not, this micro-budget improvised film starring nobody anyone had ever heard of became one of the most profitable movies ever made, and ushered in a new era of found-footage horror.

SAMUEL L JACKSON GETS ATE BY A SHARK!

Beavis and Butt-Head creator Mike Judge wrote and directed this hilarious satire of corporate life that, apart from the dated technology, holds up perfectly today – computers have changed, dickheads haven’t. The sheer agony of life as a tiny anonymous cog in a huge corporate machine is beautifully and hideously portrayed. You’ll laugh, you’ll shudder, you’ll update your LinkedIn.

An updated version of Les Liasons Dangereuses updating the setting to the upper echelons of New York society, Cruel Intentions is the impossibly glamorous, twisty-turny, sexy tale of wealthy teen socialites (played by actors nearing thirty, phew) banging one another. It’s deeply silly but takes itself deadly seriously, and somehow works. Killer soundtrack too – every time you watch it, the chap from Placebo gets a few bob.

The teen sex comedy that brought in an era of dozens of teen sex comedies, American Pie introduced the world to both Stifler and the Shermanator, had a split-second cameo from Blink-182, was progessive in certain ways and deeply regressive in others, and changed what we thought flutes were capable of.

American Pie star Mena Suvari followed up American Beauty with a film called American Virgin, and then some time later was in American Horror Story. She is American. What’s weird about American Beauty now is that the main character, Lester Burnham, isn’t played by anyone. There’s no actor there. Theres a vague memory of someone once having played him, but no, nobody plays him, that man is nobody, there’s nobody there. Just a space.

Probably the most anticipated film event in history, The Phantom Menace was the subject of an immediate, unprecedented backlash as fans who had grown up with the Star Wars films decided that George Lucas, the man who had invented it all, had it wrong. “It’s like it’s for children!” they cried, longing for the days of the funny space cowboy’s hairy friend and the really grown-up Ewoks.

This is on ITV2 about every six days, and with good reason – it’s a big silly fun romp, with Brendan Fraser doing his best Indiana Jones, Rachel Weisz clobbering people in the head and Arnold Vosloo (from Darkman!) as the titular bandaged wrong’n.

Immortalised in the Guinness Book of Records for having the most swearwords of any animated feature (399), the South Park movie also got itself an Oscar nomination for Best Song, leading to the memorable sight of Matt Stone and Trey Parker showing up to the awards tripping on acid wearing the dresses Jennifer Lopez and Gwyneth Paltrow had worn the year before. Ambitious, vulgar, hilarious and razor-sharp in its attacks on self-appointed guardians of youth, it’s the cleverest movie ever to feature the line “You’re a boner-biting bastard, uncle-fucker”.