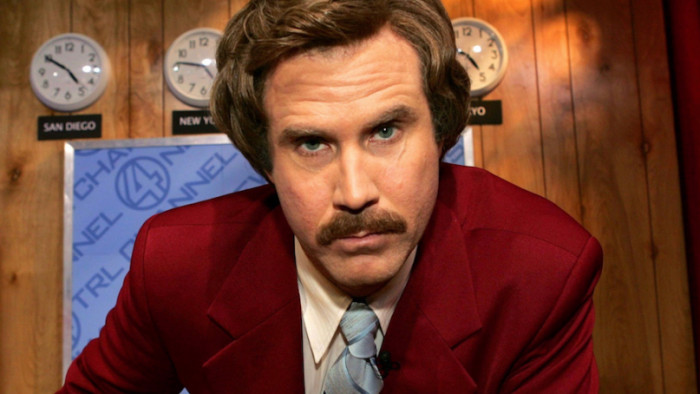 Eurovision. A song contest so bizarre, it was only a matter of time before a film was made about it. And then, when you thought the concept couldn’t get any more absurd, along came Will Ferrell to take things to a whole new level.

Sadly, he won’t be representing the UK in 2020, however, he is set to star alongside Rachel McAdams and ex-Bond Pierce Brosnan in the new Netflix comedy which is set to begin filming in Edinburgh next month.

Playing two Icelandic musicians who are “given the opportunity of a lifetime to appear at the world’s biggest song competition,” McAdams and Ferrell are set to star alongside Pierce Brosnan - who plays Ferrell’s father in the film.

The man who brought the world Ron Bergundy is set to play Eurovision hopeful Lars Erickssong, known as “the most handsome man in Iceland” as part of the new film, set to the backdrop of the eccentric song contest.

Co-written by Farrell after a research trip to the contest in Lisbon last year, the star was first introduced to the competition by his wife, Swedish actress Viveca Paulin.

Rumours about the screenplay being set in Edinburgh in 1972 appear to be confirmed by the film’s forthcoming shooting location according to the Edinburgh Evening News.

Everyone: Debating what the #Eurovision movie will be like.

“It is a source of real pride that Edinburgh attracts these kinds of projects and it’s very exciting to welcome the latest project from Netflix to the city next week. We welcome filming for the economic benefit, employment opportunities and the on-screen promotion it brings,” noted Cammy Day, deputy leader of the city council.

Recent months have seen a string of Netflix productions shot in the picturesque city, including Outlaw King starring Chris Pine and the 2018 thriller Calibre - not to mention other blockbusters including Fast and Furious 9 and Simon Pegg and Andy Serkis’ Burke and Hare.

As for whether the latest film to use the location will reach the level of success achieved by its predecessors? We'll just have to wait and see.

Fancy discovering some other film-based delights? Discover our pick of the very best movies on Netflix