'Modern Family' is coming back - but for its final season

Don't be sad because it's going, be glad you met Phil Dunphy 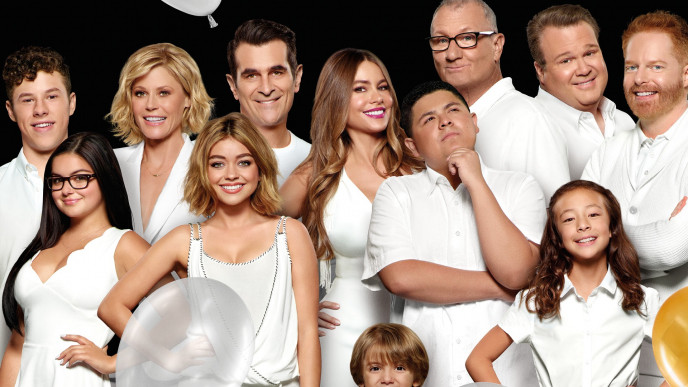 ABC have revealed that Modern Family has been renewed for an 11th season in 2019/20 - but that it will be the final one for the long-running sitcom.

“Chris [Lloyd] and Steve [Levitan] have created one of the most seminal and iconic comedies in television history,” said Karey Burke, president of ABC Entertainment. “In its final season, there will be more milestone events that anyone who has been a fan of the series won’t want to miss.”

It’s always sad when one of your favourite shows comes to an end, but at least with American sitcom Modern Family, we’ve had ten glorious seasons of some of the best characters, the sharpest one-liners, and classic sitcom scenarios to enjoy.

The show was one of the first mainstream sitcoms to feature gay characters as part of the main ensemble cast, not to mention tackling subjects such as same-sex couple adoption, inter-racial relationships, and of course, it brought us the world’s greatest dad: Phil Dunphy.

As with most American series, there’s a slight chance they carried it on slightly too long, and I say this as a superfan, but a superfan that will nonetheless be watching the final series multiple times. To celebrate and commiserate it coming to an end, here are some of the best things to come from it the past ten years:

Phil is the ultimate embarrassing dad who’s just trying to be cool. Some of his expressions are reminiscent of a young David Brent, but delivered in a way that you love him and just want him to finally be thought of as cool. Which of course, he never will be.

Cameron trying to do a Geordie accent

Cameron is undoubtedly one of the show’s best and most loved characters, effusing brilliantly camp one liners in every episode and adding the flourish to his and Mitchell’s relationship, but one of his funniest moments was doing an impression of Billy Elliot.

Jay and Gloria have the perfect relationship, fiery enough to keep it interesting but enough love there to keep it going through the arguments. Gloria’s interpretations of English phrases are one of the best parts of the early series’ - and the subject of a lot of the aforementioned arguments.

Cameron and Mitchell’s adopted daughter Lily got sassier throughout the seasons and started getting some of the best lines in the show. It’s amazing to watch one of the youngest characters owning the adults, or swear horrifically.

Cult actor Fred Willard (Anchorman, Youth In Revolt, Best In Show) plays Dunphy senior, and lets you know exactly where Phil gets it from. One of the best cameo characters of all ten seasons.

From his penchant for great clothes, good food, great coffee and old school romance, Manny Delgado has always been a retired art teacher living in a boy’s body, his slightly camp, eccentric character is one of the best things about the programme.

As much as it’s sad the series is finally coming to an end, at least we’ll have 264 episodes to always look back on, and quote from, for years to come.