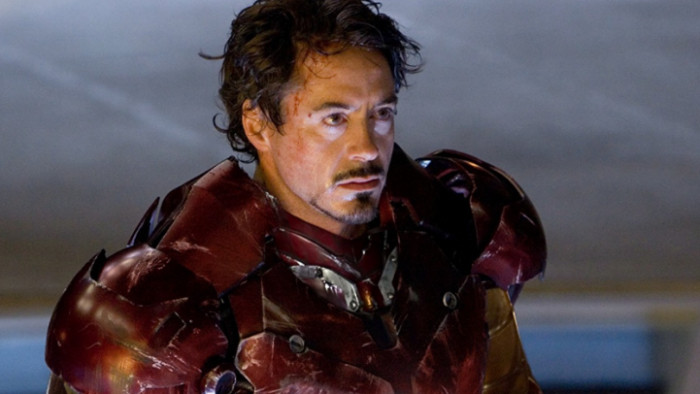 Kevin Feige, president of Marvel Studios, is always giving us juicy little tidbits from the MCU – and this week, he's at it again.

As he picked up up the Stan Lee World Builder Award at the 2019 Saturn Awards, Feige revealed that the Infinity Saga would be coming to boxset – and that every film in the MCU would be featuring. That's TWENTY THREE films, if you weren't counting. The boxset, as you might expect, will also contain lots of exciting new footage – deleted scenes and more.

And one deleted scene, which he premiered at the awards, was particularly interesting. Originally designed for the end of Iron Man, the scene shows Samuel L. Jackson's Nick Fury explaining the Avenger gang's adventures to Tony Stark, played by Robert Downey Junior.

"I'm here to talk to you about the Avenger initiative," Fury tells Stark.

"What are we avenging?" Stark responds. "Whatever the hell we want," came Fury's reply.

The scene also gave away a few little clues as to the future, even going so far as to mention Spiderman, which at that point was not part of the MCU and that Marvel didn't actually have the rights to.

In the end, the scene was a little more vague – Fury doesn't go into any specifics, telling Stark that he's "part of a bigger universe".

This won't be the only exciting little exclusive available on the boxset, by the sounds out of it. Feige had told Empire earlier this year that any potential boxset would be aimed at megafans and therefore stuffed with some of the MCU's more questionable cut scenes.

"I'm assuming that if you're going to spend the money to buy a box set with everything in it, you're a fan," Feige said. "And it'll take more than a couple of really, really bad scenes to turn you."

He also described how he "likes sharing deleted scenes". "When we have something like that that we love, and which was not an easy decision to cut out but was the best decision for the movie, it’s a great avenue to say, ‘We’ll put it out there.’ It’s not like no-one will ever see it," he explained.

"There are things that we think nobody should ever see. And I think we’ve just recently been discussing that now we can start to show some of our less proud moments."

At the moment, we have no more detail on when the boxset will be released or how much it'll cost – there are 23 films in the series, so we're guessing it's not going to be cheap. We'll keep you updated.