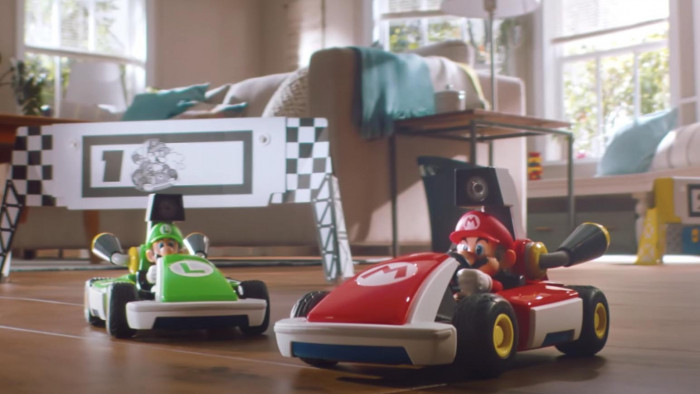 Nintendo has been busy showing off a number of Mario-based goodies, thanks to its online Super Mario Bros 35th Anniversary Direct event. Among the goodies was this fantastic-looking remote control car hybrid of Mario Kart.

Called Mario Kart Live: Home Circuit, the game combines toys and the Nintendo Switch and, from the demo video, we are completely sold.

According to Nintendo, the game comes with remote controlled Mario Kart toys which are equipped with a motor and a camera and they are controlled by the Nintendo Switch.

The best bit is, because there is a camera attached to the small remote controlled videos, you get a first-person AR look on the screen of the Switch.

The kit also comes with physical gate posts, so you can create a racetrack around your room. It looks like you can race against Koopalings throughout and the more you win, the more you unlock.

You can have up to four karts racing at once and, yea, we can see this one being a hit come Christmas time. It's out before then, though, with Nintendo reckoning that the new game/toy will be out October 16.

You can watch the Mario Kart Live: Home Circuit reveal from about 4:50 minutes into the below video.

There will also be Mario 64, Sunshine, Galaxy remasters for Nintendo Switch and Super Mario Bros 35 - a new multiplayer game in which 35 players compete to be the last Mario standing. Super Mario All-Stars is also available now to play on the Nintendo Switch.

Nintendo has been ramping up the retro and real-life games of late, with the arrival of the brilliant LEGO NES and LEGO Super Mario sets