It's the perfect time to find the best retro games console for you. That's because nostalgia is big business at the moment, where every other hit TV show and movie seems to riff on our rose-tinted memories of the past.

The trend for all things retro has been long-established in the world of video games, of course. Most recently, there’s been a huge rise in the popularity of mini consoles.

UPDATE: We've added the brilliant A500 Mini to our best retro games console guide. We recently reviewed it and gave it a ShortList Recommends, thanks to its pitch-perfect take on the Amiga 500. It comes complete with over 20 games and the ability to load more on via USB. If you were a fan of the Amiga 500, then this one is an absolute must.

A whole generation of 20/30/40-somethings is currently lapping up these cheap self-contained consoles, which play emulated versions of the biggest games of the ’80s and ’90s. The potential to plug and play these long lost games on our modern flatscreen TVs is proving irresistible for many.

What’s interesting is that this increasingly congested field used to be the sole preserve of third parties, but is now being joined by original manufacturers like Nintendo, Sega, and Sony.

Here, then, are eight of the best mini consoles on the market. Upvote for the best retro revival of the lot. 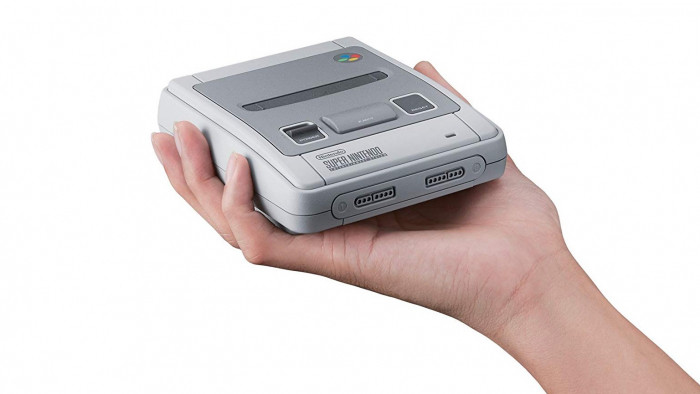 For the SNES Classic Mini, Nintendo essentially took the NES Classic Mini hardware and loaded it with a bunch of its 16-bit era games. But it was impossible to get too cynical about such a move when there were 21 brilliant games to fall in love with all over again.

From Super Metroid to Yoshi’s Island to A Link to the Past, these are some of the finest games of all time. The clincher is that Nintendo also included the unreleased Star Fox 2. How many other mini consoles can boast a brand new classic game? 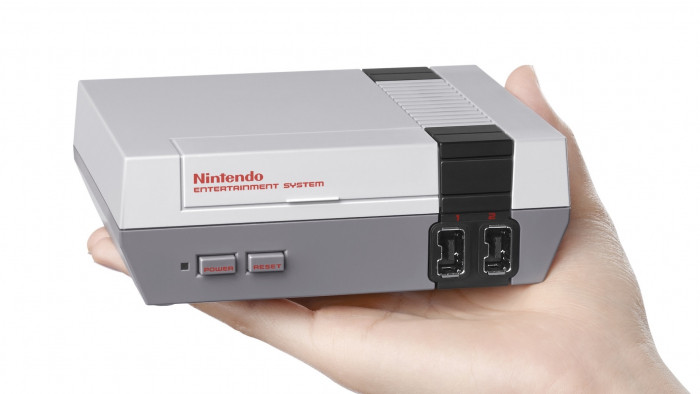 The launch and subsequent success of the NES Classic Mini in 2016 kickstarted the whole mini console craze - not least because it was initially so hard to get hold of. But the big news here was Nintendo itself hopping aboard the mini console train.

The NES Classic Mini comes preloaded with 30 games, including the peerless Super Mario Bros. 3, Excitebike, and the very first The Legend of Zelda game. Nintendo being Nintendo, they’re all tied together with a wonderfully tidy UI. 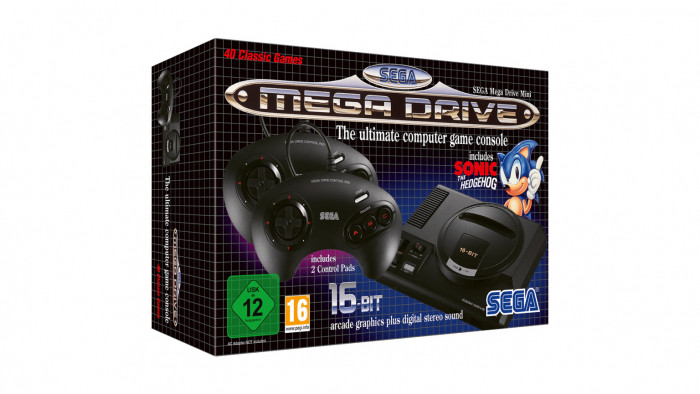 The Sega Mega Drive Mini isn’t out yet, but it is available for pre-order ahead of its early October release. Given that Sega has been re-releasing its old games for years now, the quality of the conversions is likely to be on point.

We’re liking what we’re hearing so far. 42 games is exactly double that of its big rival, which probably isn’t a coincidence. The roster itself includes Ecco the Dolphin, Streets of Rage 2, Sonic 2, World of Illusion, a brand new port of Darius, and an ultra-rare version of Tetris. Take that, Ninty. 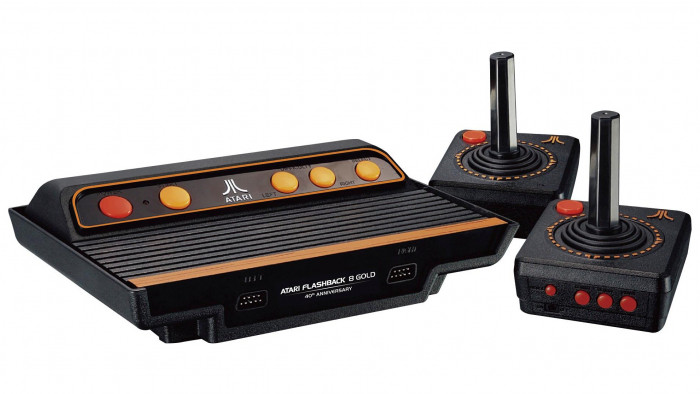 The Atari 2600 was one of the most influential games consoles in history, popularising the whole interchangeable game cartridge system as far back as 1977. The Atari Flashback 8 Gold Deluxe is a comprehensive way to celebrate this console grandee.

It features a staggering 120 built-in games, covering the iconic likes of Pitfall, Space Invaders, Frogger and Adventure. You get two wireless joysticks bundled in (and a pair of paddles with the Deluxe edition), which is a particularly classy touch. 720p HDMI output is also included, as is the handy ability to ‘rewind’ gameplay a few seconds. 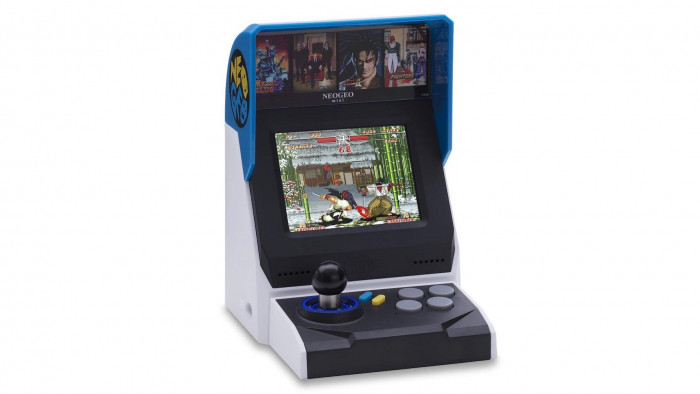 SNK’s Neo Geo Mini is certainly the most unique mini console on this list. It’s shaped like a tiny arcade machine, complete with a miniature joystick and a built-in 3.5-inch LCD screen.

That shape is a reference to the original Neo Geo’s heritage as a hardcore home arcade experience, capable of the kind of 2D graphics that blew its early-’90s console rivals away. A generous selection of 40 games include such classics as King of Fighters, Metal Slug, Fatal Fury and Samurai Showdown, while you can also hook it up to your TV with optional gamepads. 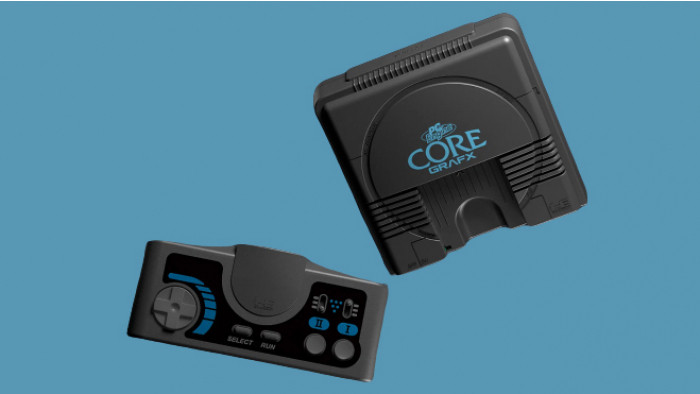 In the '80s Konami was the king of classic games - so it's exciting that it's brought back some 57 of its games with the PC Engine Core Grafx mini. A mini console that is a miniature version of the classic 80s console. The games you get include: Splatterhouse, Space Harrier and R-Type - all of which bring back fantastic memories. This one is exclusive to Amazon and comes with a controller with an automatic shooting function. You can also have up to 5 player multiplayer on it, if you and your mates have one. 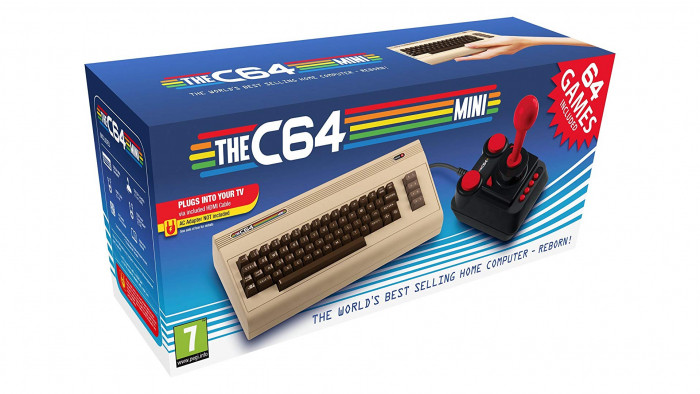 The Commodore 64 - or C64 to its friends - was a superstar of the 1980s home computer era. A key driver for that popularity was its roster of cheap and colourful (for the time) games. This homespun appeal has been captured in mini console form.

You get 64 games in this package (do you see what they did there?), including all-time classics like California Games, Uridium and Paradroid. Also bundled in is a single waggly joystick. Note that the keyboard is just for show, although you can plug in a USB keyboard and run old school BASIC commands. 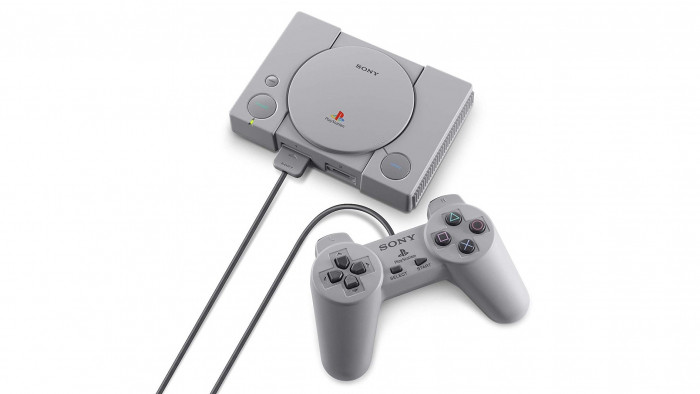 So far we’ve been dealing with mini consoles that capture the 8-bit and 16-bit eras. The Sony PlayStation Classic makes the massive technological leap into the 32-bit era with its rich 3D worlds.

To be honest, the PlayStation Classic is a teensy bit disappointing. It’s not that its roster of 20 games doesn’t include its share of gems - Final Fantasy VII, Resident Evil, Metal Gear Solid and Ridge Racer Type 4 see to that - but it’s far from a comprehensive list, and the emulation isn’t particularly amazing. There’s still plenty of that PlayStation magic here, though. 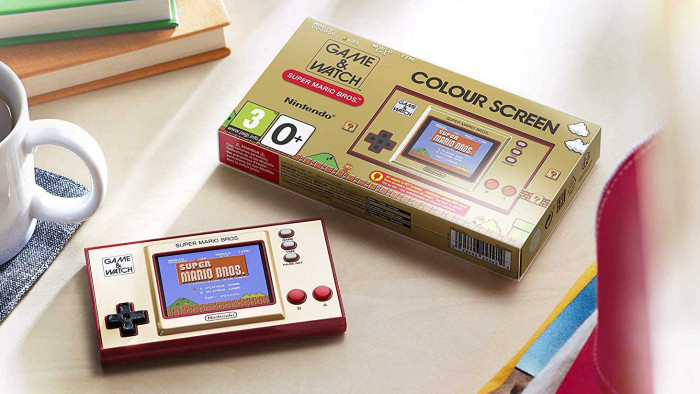 This fantastic, dinky handheld houses Super Mario Bros and Super Mario Bros 2 and also acts as a clock when not in use. It is really easy to play and our four year old is having a lot of fun with it - that's how easy the thing it to work. This one goes in and out of sale, so get it when you can! Its looks are based on one of the first gaming devices that Nintendo released 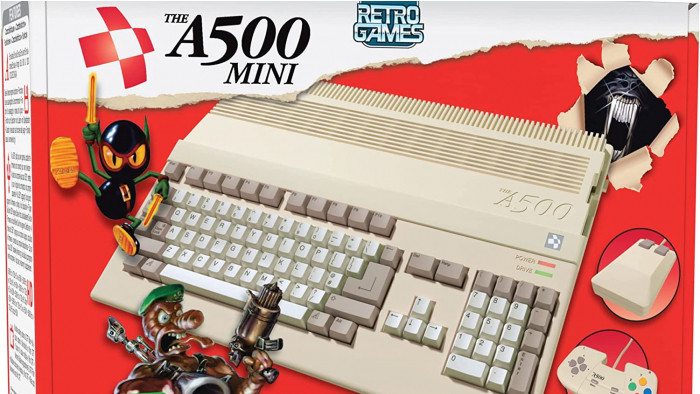 This beautiful replica of the Amiga 500 is a retro gamers' dream come true. The console looks exactly like an old Amiga 500 (the only thing changed is the logo) and you get an old-school mouse and gamepad in the package. There are 20+ games installed, but there isn't any guides on how to play them, so you are going to have to use your muscle memory! If you fancy more games, then there is a USB slot on the back so you can load some up on a USB stick and play them through the UI. Brilliant stuff.