Fancy yourself as a producer? Here's your chance 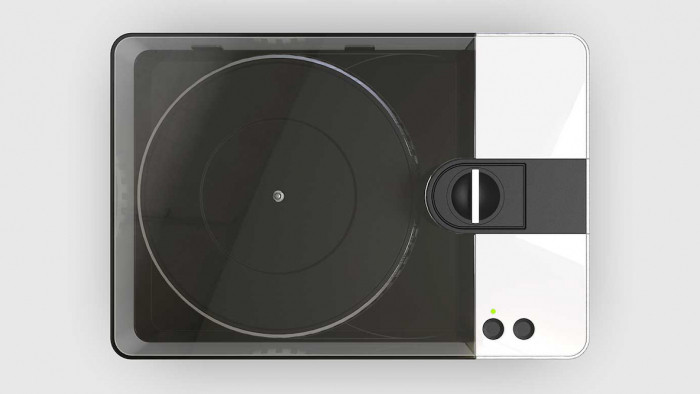 How best to listen to records is a matter of ongoing (and sometimes surprisingly fierce) debate amongst music aficionados. What hifi you choose, the speakers you pick, even the wiring that you use to connect it all up – there’s pretty much no element of the whole kaboodle that’s left un-argued about.

And if you’re a traditionalist, preferring old fashioned vinyl over digital offerings, then you might just be interested in the Phonocut home vinyl recorder, a new device which claims to allow you to make your own vinyls.

“Since the invention of record discs in 1889, mankind has been dreaming of a simple but precise desktop machine which would enable anybody to produce their own quality records with just the push of a button,” a press release for the gizmo reads.

“Technology has exploded in many fields, opening up the incredible opportunity to finally re-think and re-invent record production. This is exactly what we did.”

As for how it works, it seems pretty simple. Put a blank disc into the recorder, connect to any kind of audio input, and press start. Voila: your very own vinyl.

The Kickstarter is set to launch this week – and you can get your name on the early bird list on the Phonocut website here. Prices look to be around the £1000 mark, which is pretty hefty.

We don’t have too many details about the quality of the recordings or versatility of the product, so it might be best to hold off until we get a better idea of specs. It certainly looks nice – but whether it will hold up to more rigorous scrutiny is yet to be said.

In the meantime? Get your set-up just right by browsing our list of the best speakers and best record players available now.