When it comes to the re-branded Piccadilly tube station, resistance is futile. 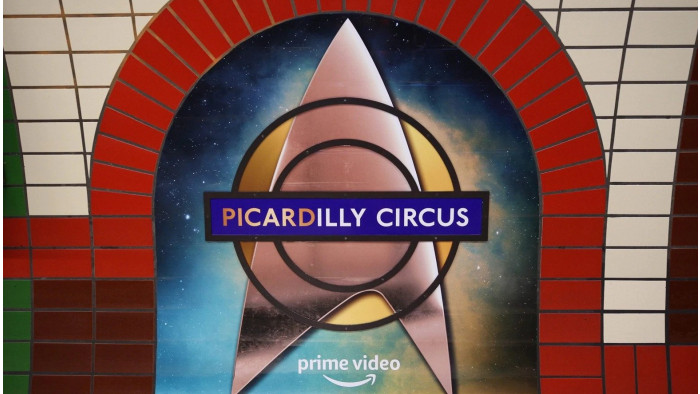 When Jean-Luc Picard stood at the helm of the USS Enterprise and declared “make it so”, chances are he wasn’t requesting that Piccadilly Circus Station be renamed after himself.

Either way, TFL has made it happen.

To celebrate the launch of Amazon’s new original series Star Trek: Picard, the streaming giant has revamped one of the capital’s busiest stations to give commuters a taste of space as part of its latest campaign.

For 48 hours, Piccadilly Circus station will be known as Picard-illy Circus - complete with redesigned signage in homage to one of the greatest space captains of all time.

All Trekkies looking to explore this strange new world have to do is hop on a Piccadilly Line train bound for either Cockfosters or Heathrow.

It may not be a case of going where no man has gone before, but it’s certainly a quickfire way of livening up your morning commute.

The news comes as the stars of the new Amazon series descended on London’s Leicester Square as part of the series’ world premiere.

Set to hit the streaming service on 23 January, the series follows Jean-Luc Picard, played by Sir Patrick Stewart during the next chapter of his life.

Turns out, that next chapter involves swapping space for copious amounts of wine as he relaxes on his family’s vineyard.

Given that Sir Patrick, who played the role of Picard from 1987 through to 2002, initially declined the reprisal, we’re wondering whether the vineyard concept was added in a bid to sway the steadfast captain.

Needless to say, when wine is involved, resistance is futile.

So jump aboard a Picard-illy Line train to explore the delights of deep space (or the London Underground) while you can.