Disney Plus has the ultimate Xmas gift. 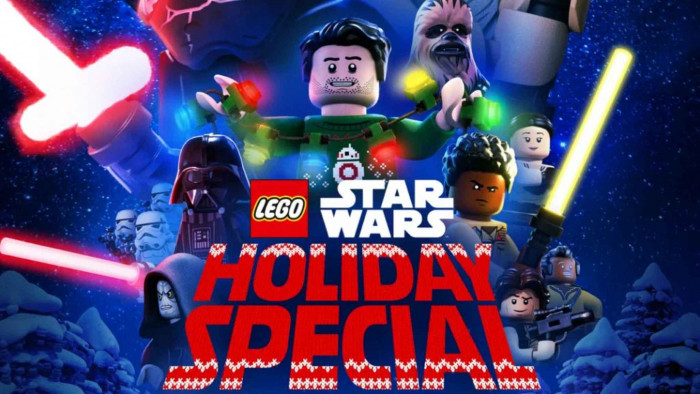 Ah, the Star Wars Holiday Special, that much maligned entry to the Star Wars canon that was the official first spin-off from the Galaxy Far, Far, Away.

While we are likely never to see its existence on Disney Plus, the streaming giant has honoured the show in the best way possible, with a LEGO Star Wars Holiday special which is available now to watch.

The original plot was as follows: Chewbacca and Han Solo are trying to get back to the Wookiee's home planet of Kashyyyk to celebrate something called Life Day. Here we find out Chewie has a family - father Itchy, his wife Malla, and his son Lumpy - and we also get a Boba Fett cartoon thrown in for good measure. It was... not good.

In the LEGO Star Wars Holiday Special we get a similar story of sorts - the Star Wars crew head to Kashyyyk to celebrate Wookiee Life Day. But it's not a send up of the original show, more a marvellous mash-up of the new characters (Rey, Finn, Poe) and finding a plot device that adds them into the prequel movies and Original Trilogy.

It's a really fun idea and not quite what we were expecting. It's 44 minutes long, so a perfect run time for little 'uns that can't sit still but it's also packed with throwbacks that older Star Wars fans will enjoy.

The voice list is exceptional, too, with Billy Dee Williams, Anthony Daniels and Kelly Marie Tran all reprising roles and Helen Sadler and Omar Miller doing well as the voices of Rey and Finn.

The Disney Plus LEGO Star Wars Holiday Special is available to stream now.

These are the best Disney Plus Shows and don't forget to vote for the best Star Wars characters of all time.