The scene is set for one almighty finale. 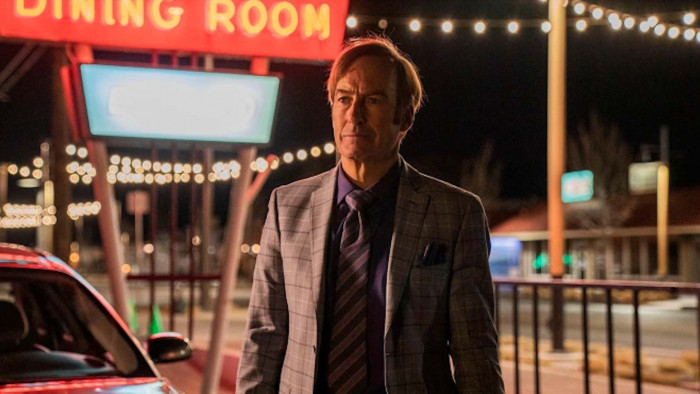 The final season of Better Call Saul is finally heading to screens in April and if its new trailer is anything to go by, then we are in for a wild ride.

Season 6 is the final season, consisting of 13 episodes it sets up the end for Jimmy McGill (Bob Odenkirk) and the beginning for corrupt lawyer Saul Goodman.

This season feels the closest in tone to Breaking Bad. We see Saul now partnering with Kim (Rhea Seehorn) for his lawyer antics - the numberplate on his car reading brilliantly LWYRUP.

Alongside this the the Salamanca cousins are on the prowl, Lalo (Tony Dalton) looks angry, as does Gus (Giancarlo Esposito) and Nacho (Michael Mando).

We all know how it ends, right? Well, we think we do given that the season segues into Breaking Bad but everyone's favourite granddad-cum-hitman Mike (Jonathan Banks) has other ideas.

"Whatever happens next, it's not going to go down the way you think it is," he notes in the closing voiceover.

We can't wait to see what he means.