The singer has launched a pop-up milkshake bar - this is not a drill. 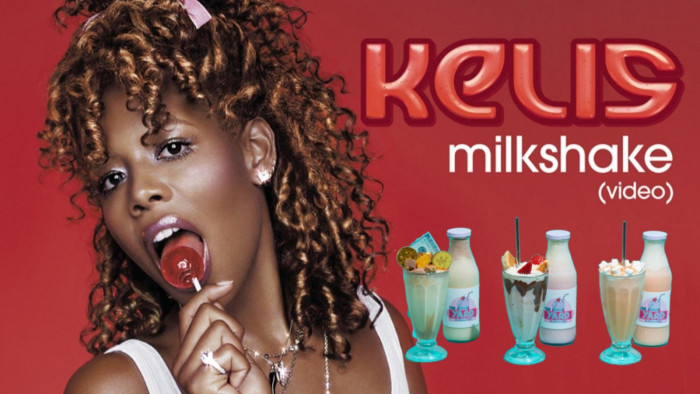 If there’s one thing we love more than a speedy take-away, it has to be a novelty pop-up based on early noughties song lyrics.

Which is why the news that Deliveroo has teamed up with R&B songstress Kelis’ to launch a milkshake bar called ‘The Yard’ is music to our pop-loving ears.

Kelis is getting her own Milkshake bar. This is not a drill.

For those who have been hiding under a rock for the past decade, the bar takes its name from the singer’s hit single Milkshake. Produced by Pharrell Williams and Chad Hugo (better known as The Neptunes) the track was even nominated for a Grammy back in 2004.

The pop-up has been created to celebrate the anniversary of Kelis’ debut album, Kaleidoscope, as she embarks on a 20th anniversary tour.

Located at 46 Great Eastern Street in Shoreditch, the shake-shack is set to open between 1-8pm on Wednesday 18th March for two days only.

Serving up five different milkshakes inspired by her career - Good Stuff, Mars (designed to mimic the red landscape of her video), Millionaire, I Want Your Love and Trick Me - The Yard is even serving up vegan options sans milk.

The first 10 fans will also have a chance to enjoy a Kaleidoscope-themed milkshake with the singer ahead of her Camden Roundhouse show.

“After all these years the fact Milkshake still resonates is great,” Kelis notes of the song.

“I think it’s a testament to the art form and how people can take a song and turn it into a metaphor for anything they want it to be, which in my opinion has created a universal connection for people everywhere.”

Those who can’t make it to the pop-up will be pleased to hear that the limited-edition milkshakes will also be available to purchase on the Deliveroo app in Manchester and Cambridge from Thursday 19th March.

The ticketed event is free and you can nab your tickets here. Milkshakes are set to cost £5.