Surprise! A new Jurassic World short film is being released this weekend

The franchise lives on 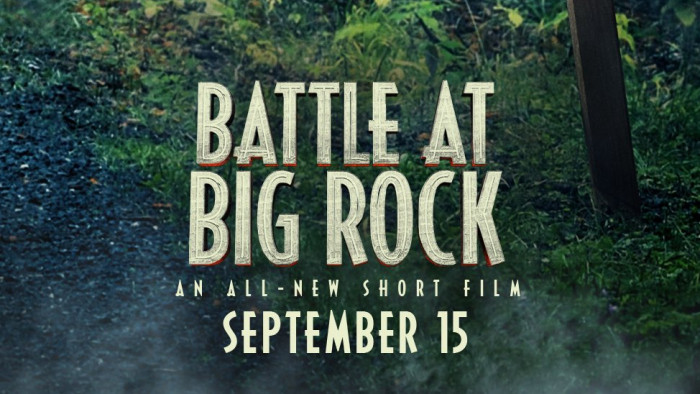 And, what’s even better? You barely even have to wait for it. Trevorrow tweeted that Battle at Big Rock: A Jurassic World Short Film will be released this Sunday (September 15) on the American network FX. The channel is scheduled to show the 2015 film at 12:30am (UK time) on Sunday night, so expect the short film at around 2:30am. Shortly after its US broadcast, Battle at Big Rock will also be available online for any UK fans so don’t worry if you don’t have access to FX.

“These creatures were here before us. And if we’re not careful, they’ll be here after.” pic.twitter.com/RYXDSbrOQ0
— Colin Trevorrow (@colintrevorrow) September 10, 2019

Written by Emily Carmichael (whose credits include Pacific Rim: Uprising), the short film will star Moonlight actor André Holland, Natalie Martinez, Melody Hurd and Pierson Salvador. Speaking to Collider about the film, Trevorrow said: "Battle at Big Rock is a short film that takes place one year after the events of Fallen Kingdom. "It's about a family on a camping trip to Big Rock National Park, about 20 miles from where the last film ended. There have been a few sightings, but this is the first major confrontation between dinosaurs and humans. "We did it in five days with a small crew. We had two child actors, a giant animatronic dinosaur and a baby. It shouldn't have worked, but it did... It felt like an indie film, but with a massive animatronic." The franchise does not end there either, as an animated series is expected to be released on Netflix next year and a third movie by Trevorrow is scheduled for release in 2021.