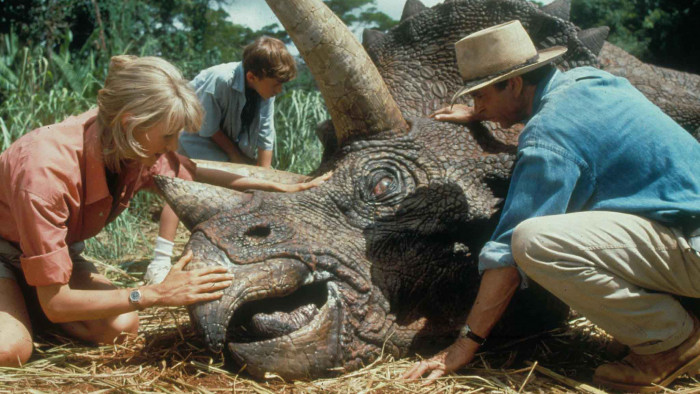 Whatever you think of Jurassic World and Jurassic World: Fallen Kingdom, the movies aren't a patch on the Steven Spielberg original. A big part of what made that special was the casting - so it's fantastic news that the third movie has cast three of the original stars.

Laura Dern, Sam Neill and Jeff Goldblum are back in key roles, according to director Colin Trevorrow, so this time it won't be in cameo form.

If you remember Fallen Kingdom, Jeff Goldblum was back as Dr Ian Malcolm but it was nothing more than a disappointing cameo. Sam Neill also came back to the franchise for Jurassic Park III - again, it didn't really have the spark of the original.

Having all three back, though, is a really promising move by Trevorrow who is returning to the franchise as director.

A lot is riding on this movie for Trevorrow - he's got a point to prove after being dropped in favour of JJ Abrams for Star Wars: Episode IX. But the signs are good - he recently revealed a short film that ties up the events of the last movie but is still keeping tight lipped about the story for this one.

If it does truly follow on from the events of the last movie, then we are destined to see dinos and humans trying to co-exist. Which, frankly, can only go one way.