The 'Get Out' followup is proving popular 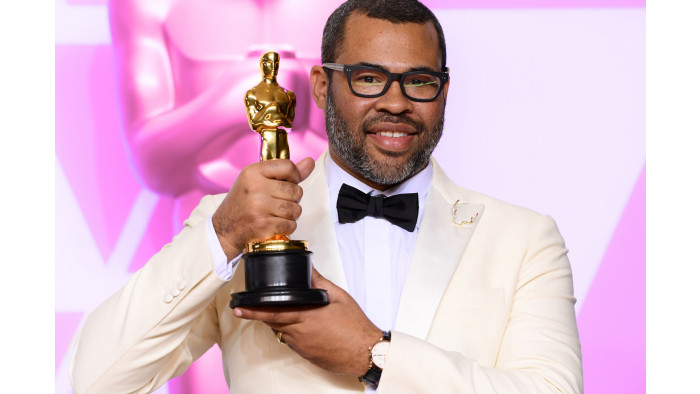 People were practically VIBRATING with excitement when it was announced that Jordan Peele would be following up his Oscar-winningGet Out with Us, a film he termed a ‘social thriller’.

And it looks like that excitement translated to ticket sales – because Us has just had the biggest opening weekend of any horror film ever, making $70 million (£53.1m) in just two days.

It blew the previous titleholder, A Quiet Place, out of the water – that film made a frankly paltry $50 million in its first weekend.

The film is also receiving some enviable reviews – it’s currently ranking at 95% on Rotten Tomatoes.

But if you’ve still not had your fill of creepy Jordan Peele created goodness, you’re in for a treat, my friend.

The writer/director/general legend is reinventing classic TV series The Twilight Zone – and it looks amazing.

Peele will be acting as narrator for the show, and its episodic format means that it’s absolutely STUFFED with big stars: Adam Scott from Parks & Rec, John Cho from Harold & Kumar, Alison Tolman from Fargo, Kumail Nanjiani from The Big Sick and Greg Kinnear from, like, every film from 1993 onwards, to name but a very few of the big names who’ll be starring.

Unsurprisingly, considering the rest of his work, Peele recently told The New York Times that the stories he liked when growing up watching the show were the ones that “took someone’s tragic flaw and exploited it”.

“You set up a character and you show their tailor-made worst nightmare,” he said.

And if Get Out and Us are anything to go by, it’s going to be very creepy indeed. We can’t wait.