Because the franchise doesn't need fixing 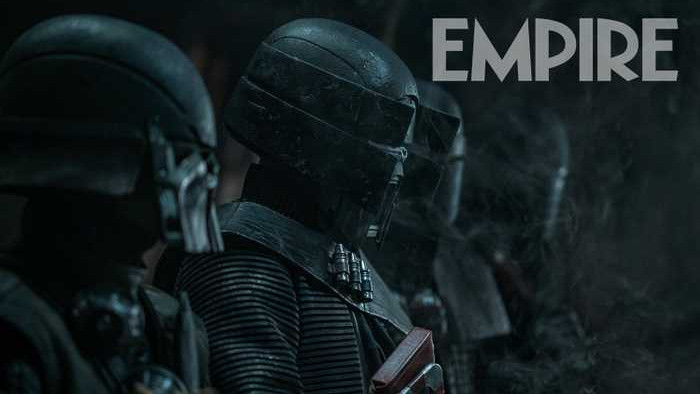 Star Wars: Episode IX - The Rise of Skywalker is mere months away now, which means the hype cycle for the movie is starting to ramp up. Brand-new images of the movie have been revealed and it looks like things are set to get dark for the franchise.

Empire magazine has been given the exclusive look and it has a new image of the Knights of Ren, all armoured up and ready for a fight. There isn't too much you can take from the image, other than there's a lot of smoke surrounding them and they look, frankly, badass.

Here's hoping that we find out more about the elusive Knights in the upcoming movie - as so far they have been rather elusive (but pretty menacing) in the story.

One thing's for sure: JJ Abrams isn't looking to 'fix' the franchise, after the divisive The Last Jedi. While the middle part of the new saga had its plaudits, Rian Johnson's take wasn't embraced by all Star Wars fans - there was even a petition to remove it from the franchise altogether, sigh.

"But having worked on television series, I was accustomed to creating stories and characters that then were run by other people. If you’re willing to walk away from the thing that you created and you believe it’s in trustworthy hands, you have to accept that some of the decisions being made are not gonna be the same that you would make. And if you come back into it, you have to honor what’s been done.”

There you go - looks like Abrams won't be doing too much ret-conning in the new movie, even though the rumours about Rey's parentage change are ramping up.