It turns out Netflix subscribers can’t get enough Adam Sandler 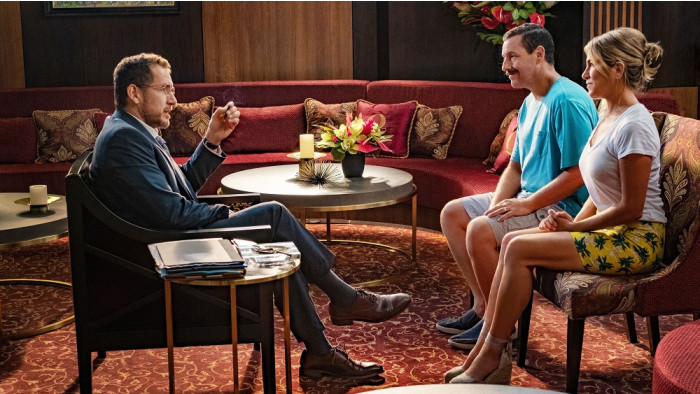 While Avengers: Endgame may have set new box office records, Netflix has quietly set a new record of its own. And who’d have thought it would be Adam Sandler and Jennifer Aniston driving the success, barring someone fresh from a Rip van Winkle-style slumber?

But it’s true. According to Deadline, Netflix comedy drama movie Murder Mystery broke new records, by being watched by 30.87 million accounts over its opening weekend. In total, 13.37 million American and Canadian accounts tuned in, while 17.5 million people were watching overseas.

To put those numbers into perspective, it’s trouncing Netflix’s past film ventures. Bright, the Will Smith action movie, managed 11 million viewers over the first weekend, while Bird Box did 45 million in its first week. Assuming Murder Mystery maintains it momentum until Friday, it’ll comfortably beat that figure.

What can you expect if you tune in yourself? Sandler plays a New York cop who, with his wife Anniston, goes on a European vacation, only to be framed for the murder of an elderly billionaire. Comedy ensues.

So far, reviews seem to cast severe doubt on following the wisdom of crowds. With a Rotten Tomatoes score of just 45% fresh, Murder Mystery isn’t going to be clammering for a place on our list of the best Netflix movies any time soon. But at least anyone who watched won’t be left wondering if they should have bought a ticket for something else: that’s the beauty of Netflix – with everything already paid for in your subscription cost, the only thing you’ve got to lose is time.