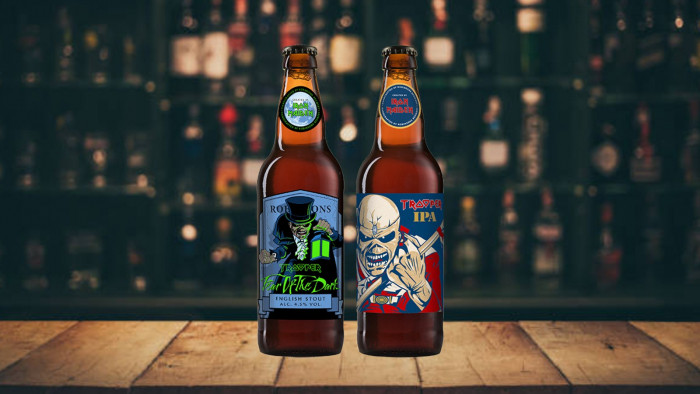 Iron Maiden first ventured into the world of beer back in 2012 with the launch of their Trooper range - a collaboration which saw the band team up with Robinsons Brewery.

Eight years and six beers on, the heavy metal rockers have decided to try something a little different, announcing a new Stout and IPA as the latest additions to the range.

Iron Maiden frontman, Bruce Dickinson, has long been a self-declared ale enthusiast, which makes these latest additions to the musical beer range (bet you never thought you’d hear that phrase uttered) that much sweeter.

The stout is set to be joined by the 4.3% ABV Trooper IPA, with both bottles bearing the distinctive Iron Maiden insignia and bold label graphics.

The two new additions were said to be inspired by American IPA’s sampled by the frontman at last year’s Craft Brewers Conference in Denver, Colorado.

Joining forces with Robinson’s Head Brewer Martyn Weeks, the pair set out plans to extend the current range of offerings.

“I’ve sampled so many different styles of beer around the world on my travels with Maiden and it’s hard to ignore how big IPA has become,” notes the frontman.

“I’m a huge fan of both IPA and Stout and they were the gaping holes in the Trooper range. I’ve lost count of the number of people who have asked us to do a Fear of the Dark Stout over the last few years!”

Both new brews are available for pre-order via the band’s website and available on Amazon shortly.