What can you actually get away with in international waters?

And what does that even mean, anyway? 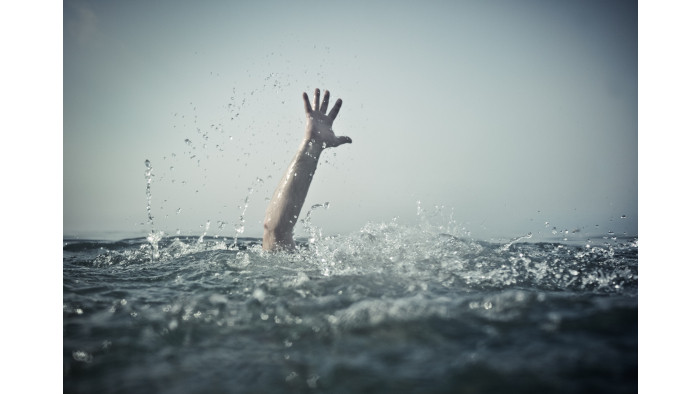 There’s an idea lodged firmly in the back of everyone’s head that, if we are in international waters, we can do whatever we want. The culturally shared half-memory of being drunk on a ferry as a teenager and losing six pounds in a fruit machine between Portsmouth and Le Havre has somehow calcified into a society-wide certainty that out there, on the open sea, anarchy reigns and anything goes.

Is… is that really the case? Is everyone a mile and a half of kayaking away from being a full-on pirate? Can you really just shout “international waters!” when you’re caught doing a Naughty Crime and make all the consequences go away? Because as much as pop culture has drilled it into us that this is A Thing, is sounds a lot like bullshit, doesn’t it?

That said, the police aren’t going to show up to a crime scene in the middle of the Atlantic and draw a chalk outline on the surface of the ocean, so how does it all work?

Well, legally, the sea is split into internal waters, territorial waters and international waters. Internal waters are the rivers, lakes, canals and waterways of a country. Territorial waters used to be defined as everything up to three nautical miles off the coast of a country (that was seen as being the furthest a cannon could fire, which was the kind of ridiculous way they used to make rules in the olden days), and everything beyond that counts as international waters. That limit has increased to 12 miles in most countries, and more in some - US waters extend 24 nautical miles off the coast, because of course they do.

You might be wondering, at this point, why we’re talking about international waters at all. The term reared its head again last week when booze enthusiasts in New Zealand tried to get around a New Year’s Eve public alcohol ban by building themselves an island out of sand and declaring themselves to be in international waters. However, their poxy island was only in an estuary, so it didn’t count. The only reason they got away with the stunt is because the New Zealand police respected their level of commitment to the fine art of getting hammered outdoors, and let them carry on.

Normally, however, if you commit a crime in a nation’s internal or territorial waters, you’re subject to the laws of that country, because, well, you’re in it. Everywhere outside of that is where it gets slightly more complicated.

International waters are officially known as the high seas, Terra nullius, ‘nobody’s land’, or Mare liberum (’free seas’), because everything sounds posh and legally-binding in Latin. According to the United Nations Convention on the Law of the Sea: “No state may validly purport to subject any part of the high seas to its sovereignty.”

(There are also exclusive economic zones, where a state has the rights to the contents of the water and the sea bed in an area, but the surface of the water counts as international. These are irrelevant to the question of whether you can gleefully behead a dude if you’re on a distant enough boat though, as we aren’t discussing scuba duels, god damn it.)

International law dictates that all ships are required to be registered with a territory somewhere, and come under the jurisdiction of that territory, as do their passengers - i.e., if you’re sailing a British ship, you’re subject to British law. Sometimes people register their ships in places with more relaxed labour laws, like Panama, in order to employ people on their boats for very little money, while also paying no taxes. This is known as flying a ‘flag of convenience’, and it’s thought that up to 40% of the world’s ships are registered in Liberia, Panama or the Marshall Islands by unscrupulous so-and-sos with a lot to hide.

Alternatively, if you fly no flags, you’re subject to any state’s law, as you can be investigated by any ship for looking dodgy as all hell and contravening international law. Certain crimes - slavery, piracy and illegal broadcasting - come under the category of universal jurisdiction. This means a ship from any state can intervene in the act, wherever upon the high seas they take place and whatever the origins of the people perpetrating it.

Plus, even if you’ve contrived to make yourself not be from anywhere, the ‘passive personality principle’ means that you’re under the jurisdiction of the state of the victim of your crimes (i.e. the passive person) comes from - kill a Frenchman and you can be tried under French law.

Basically, if you murder someone on the high seas, you can be prosecuted by the country your boat is registered in, the country you’re from, the country your victim is from or any country that perceives your murdering to be piratical in nature. That’s loads of places with the jurisdiction to throw everything they can at you legally. You’ll be banged up before you can say “This all started with the Who Wants to be a Millionaire machine on the P&O ferry to Calais”.