Slytherin onto the App Store today 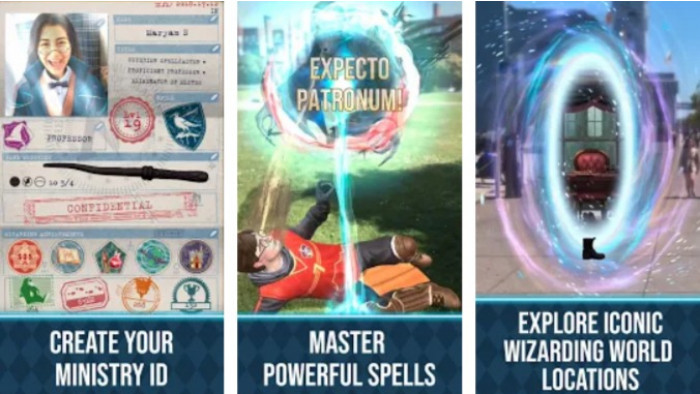 Good news for everyone who has captured every creature in Pokemon Go. Developer Niantic Labs launches its Harry Potter flavoured version of the app today on Android and iPhone devices.

Harry Potter: Wizards Unite will initially feel pretty familiar to anybody who has ever found themselves going for a midnight stroll looking for Squirtle. Take your phone out with you, and you’ll see magical artifacts around you overlaid on your actual map. Go and collect them, and along the way do battle with dementors and other nasties from the books and films.

But as The Verge noted in its preview, the game also intends to add a couple of layers of extra complexity to the extremely successful Pokemon Go formula, with full blown RPG elements to play with. Players will have to pick a profession to learn new abilities, and team up with other players to complete a fortress. The Verge describes these battles as being a “cross between a traditional strategy game and something similar to Nintendo’s Fire Emblem, where one-on-one battles take place simultaneously after players select an enemy from a top-down map.”

Sounds like it’ll be a little tougher to get to grips with, especially those with young children ensnared by the simple joys of Pokemon Go. All the same, you can judge for yourself by downloading the game on the App Store or Google Play right now. It’s free, but with in-app purchases.

And if you want extra hands to help in the ongoing battle of good vs evil, you may want to consider our round up of the best cheap phones available, too.