Sky and Netflix win big at this year's Golden Globes

British stars also picked up their fair share of awards 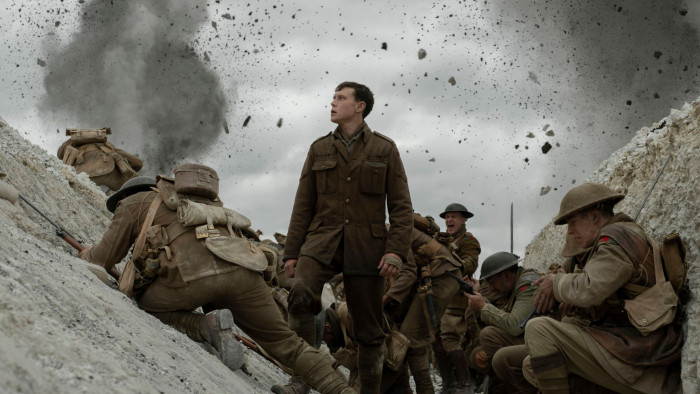 Sky and Netflix won big at this year's Golden Globes.

Laura Dern won best supporting actress for her role in Noah Baumbach's much-talked about Marriage Story, Olivia Colman best actress in a television drama for her depiction of the Queen in The Crown, and the Sky/HBO vehicle Chernobyl was awarded best television drama.

British stars were also a focus of the event – Sam Mendes and his film 1917 picked up two awards, as did Rocketman, the Elton John biopic, and Phoebe Waller-Bridge's Fleabag.

Brian Cox also won best actor in a drama series for his role in Succession – and that show, which you may or may not know was created by Jesse Armstrong of Peep Show fame – also won best TV drama.

The biggest winner overall, however, was Once Upon A Time in Hollywood – that won best comedy, best screenplay, and best supporting actor for Brad Pitt.

And sadly for Netflix, however, there were a few losses. The Irishman, Scorsese's epic crime film, was nominated for four awards – and won none of them.

All eyes are now fixed on the Academy Awards, which take place in a few weeks. Will the Golden Globes be a good indicator of who wins what? Or will there be some shock surprises? Only time will tell.

BEST PERFORMANCE BY AN ACTRESS IN A MOTION PICTURE, DRAMA

BEST PERFORMANCE BY AN ACTRESS IN A MOTION PICTURE, MUSICAL OR COMEDY

BEST PERFORMANCE BY AN ACTOR IN A MOTION PICTURE, DRAMA

BEST PERFORMANCE BY AN ACTOR IN A MOTION PICTURE, MUSICAL OR COMEDY

BEST TELEVISION LIMITED SERIES OR MOTION PICTURE MADE FOR TELEVISION