Get £60 off Amazon’s newest smart display 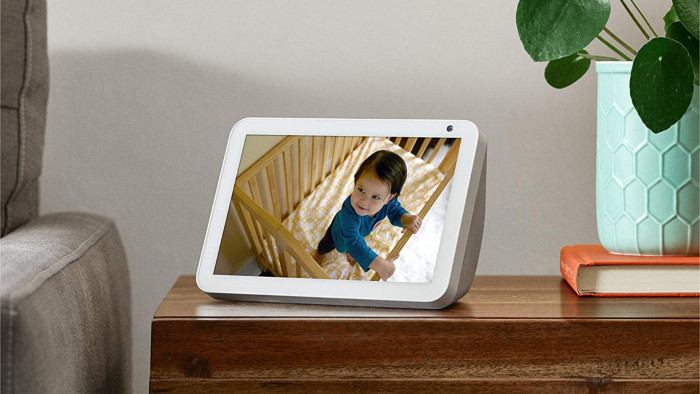 Amazon’s Echo Show 8 may have only just been released but that hasn’t stopped the retailer including it in its Black Friday 2019 sale.

The 8-inch smart display was only officially released on Thursday (21 November) and has already had its price slashed. Originally £119.99, the Echo Show 8 is now half that price at only £59.99.

Echo Show 8
£59.99 (was £99.99)
The Echo Show 8 has a 8-inch HD screen that allows you to display family photos, control lights and thermostats, along with all the usual music, call requests you expect a smart display to deal with. It also has a camera to enable you to do video calls, too - which can be covered with a simple button. Now with a huge £40 off, the Echo Show 8 is only £59.99.
Buy now from Amazon

So what do you get for that price? A HD screen, video calls, and control of the lights, thermostat and security camera - all with a simple voice command.

And, if you’re worried about privacy, there is also a button on the top of the device that allows you to turn off the device’s microphone and camera with one simple motion.

There are two colour options to choose from - Charcoal and Sandstone - both in a fabric finish.

If you’re been waiting to add a smart display to your home, now seems like a good time to buy - Amazon has a great range of deals across its Alexa devices.

If you don't fancy the Echo Show 8, there are also some big discounts on its Echo Dot with clock, Echo Show 5 and its third generation Echo Dot, too.