Why should not knowing what's going on stop you enjoying the last few episodes? 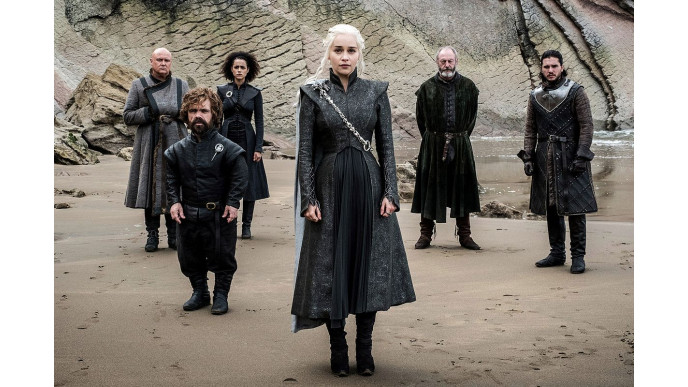 The end of Game Of Thronesis likely to make television history. Over the show’s eight seasons, it’s gone from “Is that the bloke from The Full Monty?” to unstoppable entertainment juggernaut, the biggest show in the world and an overnight star-maker. If you’ve never seen it, it’s understandable that you might find yourself thinking about giving it a shot. At the very least, you might see what all the bloody fuss is about, right?

Unfortunately, it’s not out of the question that, coming newly to the show after 67 episodes, you’ll be completely baffled. With a sprawling, world-sized story and seemingly endless cast of characters, you would probably come out of S08E01 having taken nothing in but the nudity, swearing and violence. These all make for good TV, so you’ll be right there again for S08E02, but still, it feels like a primer could come in handy.

Here then, from memory, is an eight-seasons-in beginner’s guide to the biggest show in the world: Game Of Thrones.

In a made-up world, several warring factions all want control of the Iron Throne. But, while they squabble among themselves, a giant army of snow-covered zombies (or zombie-adjacent undead rotters) rises up, making the issue of who wears a crown irrelevant really, as death looks certain.

Is it a Lord Of The Rings kind of thing?

It shares certain elements with LOTR - silly names, bloodlines being really important, inherited swords, mythologies within mythologies, dragons, stuff like that - but is also really sweary, really horrendously violent and really naked people-y. In the first episode, a man pauses having doggy-style sex with his sister in order to push a boy off a tower. And that man is kind of one of the goodies. Frodo didn’t bang any family members as far as we recall (maybe in The Silmarillion).

George R.R. Martin, the author of the books that inspired the series, is not a fan of happy endings, so along the way a lot of beloved characters have met some very un-Hobbity endings, often at weddings. He’s also a big fan of moral ambiguity - most of the characters you’re meant to root for have done some pretty dreadful things, often to one another. There are a few definite goodies and baddies, but even so, they’re quite throat-slitty for goodies, you know?

Oh goodness, ever such a lot of stuff. Not a lot of people in this picture are still in it, for starters. A king died! A guy we all liked had his head cut off! Another king, who was a real rotter, died! Another king, who was quite sweet, jumped out of a window! A naked witch made of smoke stabbed a prince! Dragons! Warlords! A dude had his eyes thumbed into the back of his head! That lovely young couple got stabbed up at a wedding! Nobody kept their shirts on! Lots of people betrayed one another then un-betrayed them or whatevs! You’ve missed a lot, to be honest.

Right, so who are all these people?

Quite nice, but also willing to behead someone to prove a point. The rightful heir to the Iron Throne via his bloodline, but he doesn’t know that. Died once, and was brought back by a usually-naked witch. Grew up as the illegitimate brother of the Starks but is secretly their cousin, something their dad knew, but he’s dead now. Some people call him “King in the North”, and some people call him “Bastard”. Has a cool sword. Ended the last season by having sex with his aunt.

She’s quite mean, but also quite nice. Was married against her will to the guy from Aquaman, who then died in a stupid way. Has three dragons who are sort of her sons - they hatched from eggs that were on fire at the same time that she was on fire. Will happily burn thousands of people using her dragons. One of the dragons is a zombie now. Has a really nice interpreter Missandei, who used to be in Hollyoaks, who in turn has a boyfriend with no dick. People keep falling in love with her and she’s usually reasonably cool about sending them on their merry way. At the end of the last season she hooked up with Jon Snow, who she doesn’t know is her nephew.

Quite annoying but occasionally sort of badass. Was used as a bit of a pawn for a while, really shittily, then got some dogs to eat the man responsible.

Morose weirdo who can do a sort of Quantum Leap thing. Disappeared for a year once and nobody really cared. Can’t walk, ever since being thrown out of a tower by Jaime Lannister in the first episode. Was really short in the beginning and is really tall now.

Cold-blooded killer, also child. Keeps learning new ways to kill people. Went blind for a while but got better. Knows how to disguise herself using the faces of people she’s killed in a way that has never properly been explained but fair enough. Slit one dude’s throat, fed another dude his own daughter. Is somehow a goodie. Will probably make it right to the end.

A full-on Baddie, even on a show where everyone does fairly sketchy things, driven mad and evil by grief. Currently sitting on the Iron Throne. Was told as a girl that she would outlive all her children, which she has done, and that she’d be killed by her younger brother (which she presumes means Tyrion, hating him as a result). Was in a long-standing incestuous relationship with her other brother Jaime. Was once paraded through the streets with her head shaved, but it’s grown back into a sort of pixie cut now and looks great. Has started wearing a cool “I Kill People” kind of coat. Blew up a tower full of people.

Ended last season by breaking up with his sister, who he fathered several now-dead children with, the dirty sod. Has a golden hand. Killed a king once. Is weirdly morally conflicted and guilt-ridden for someone who, again, was until recently having sex with his sister.

A dwarf. A really pissed one. Hated by his sister Cersei and his late father Tywin (who he killed, on the bog, with a crossbow, after murdering his on-off girlfriend with a big chain). Prone to long, elegantly sweary monologues and the frequent use of sex workers. A coward, but a really clever one. Pretty much a goodie, but a goodies who’s done ever such a lot of bad things. One of his closest friends and confidants is Lord Varys, a man with no dick.

Formerly the owner of a dick, Theon had his dick cut off by the guy Sansa later fed to some dogs. A big cowardly weasel who, due to his cowardly weaselness, keeps having bad things happen to him, like the dick thing. His uncle Euron is a real a-hole. He might be slowly redeeming himself, but this isn’t that sort of show so he’ll probably just die quite quickly and pathetically this season.

A goodie. John Snow’s BFF and a fan of taking credit for stuff his girlfriend actually worked out. The adoptive father of Little Sam (whose real biological father is also his grandfather because this world is gross) and a big ol’ nerd who occasionally stabs zombies.

The leader of the massive army of the dead, a confusing mixture of White Walkers (people transformed into icy zombies by other icy zombies), wights (dead people reanimated into other, not as good, icy zombies) and members of Mastodon.

Phew. Is that it?

Does nobody have a dick then?

Most of the fellas on it do, yeah. There are three main male characters - Grey Worm, Lord Varys and Theon - who don’t, though. There’s a bit of a nakedness imbalance in Thrones, where in the first few seasons especially, hardly any female characters seem to be allowed to have any clothes on, while the chaps stroll about in big-ass coats (and what little male nudity there is is played for laughs). The makers of the show seemed to eventually get the message that people would watch the show even if it didn’t have eight naked women before the opening credits, but it’s still an odd one to watch with one’s parents.

What’s going on right now, then?

Y… yeah? Mostly? Some of the details might not quite be right, but this lot’ll do you, probably. Enjoy! It’s really good!