Fortnite Chapter 2 has landed: here's what to expect beyond the black hole 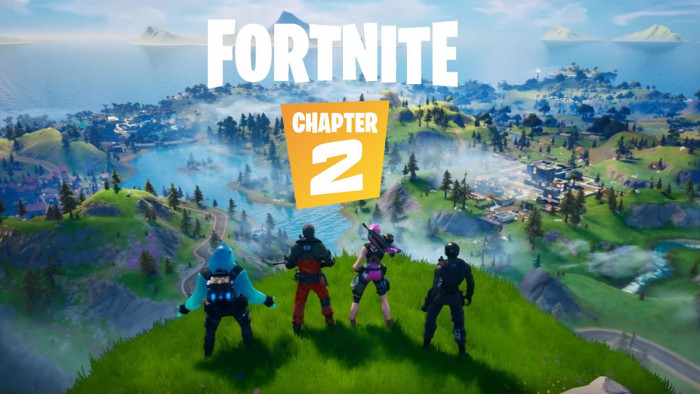 Fortnite fans can now breathe a sigh of relief. The game’s black hole has finally closed after nearly two days and a whole new world has been unleashed to gamers.

Yes, Chapter 2 has been revealed - and it’s a wilder experience than ever before.

Fortnite’s previous incarnation saw gamers pitted against each other on the constantly changing battle royale island.

Two years on, there’s a brand new location featuring thick forests, lakes, mountains - all whilst keeping the number of urbanised areas to a minimum.

A harp back to the rugged, early days of gameplay, the new landscape continues to feature the mid-air battle bus, but adds a number of new elements into the mix.

While activities include swimming and, for the leisurely at heart, some casual fishing, vehicles now include boats and, erm, pogo sticks. We bet that news left you jumping for joy.

And if that all sounds a little too strenuous, you might prefer the option to dive in and out of haystacks at will.

On the subject of stacks, you’ll also be pleased to hear the stack of weapons available has also expanded - as well as existing models having a bit of a face lift.

Players continue to be able to earn bonuses like character skins by subscribing to the battle pass (costing 950 V-Bucks), but progression has been adapted, meaning that you can now earn an additional 1,500 experience points by taking part in activities like opening chests, getting kills and completing other goals.

The update comes after thousands of fans gathered on Twitch awaiting the new launch after the island was enveloped in a giant black hole.

Needless to say, if you want us in the next 24 hours we're sure to be sat behind a controller exploring all the new-and-improved island has to offer.