Forget Bond, Netflix is set to nab the rights to Daniel Craig's Knives Out 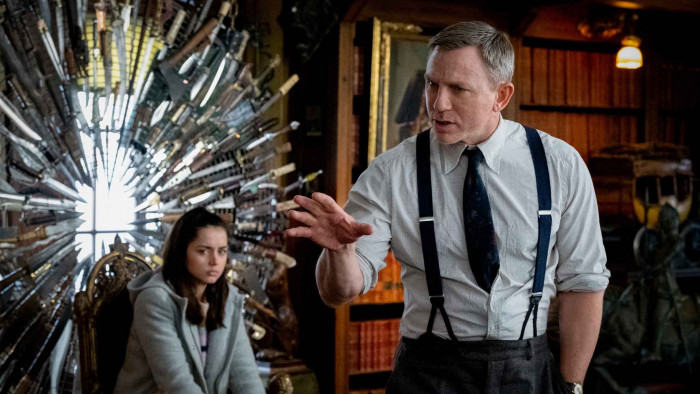 Knives Out was one of the biggest movies of 2019. It was the first movie for Rian Johnson after his stint as a Star Wars director on The Last Jedi and it was unanimously praised for its comedy crime story.

At the heart of it was detective Benoit Blanc, played by Daniel Craig, who had to figure out who murdered a wealthy crime novelist.

It was a lot of fun and the ensemble cast was packed with A-Listers, including Chris Evans, Jamie Lee Curtis and Christopher Plummer.

While the twisty tale felt standalone, the scope for more stories to tell with Benoit Blanc was always there and now it looks like Netflix is betting big that this is going to be a franchise winner, paying a reported $450 million for two sequels.

This is according to Variety, which believes that the streaming giant is paying out for the rights of two sequels and both director and star are attached.

The official Knives Out Twitter feed - which has always been brilliant - doesn't seem to be taking the news very well.

Given the first movie cost $40 million to make and went on to deliver a box office over $300 million, there's money to be had with the franchise but this is still a lot to pay out.

It's not as much as it would have reportedly cost Netflix to stream James Bond's No Time To Die, though, which stars Craig. That was apparently going for around $800 million.

If the deal comes off then Craig will see himself hopping from one major film franchise to another, although his stint on Bond might well feel like a distant memory for him right now given he finished filming his fifth and last Bond outing in 2019.