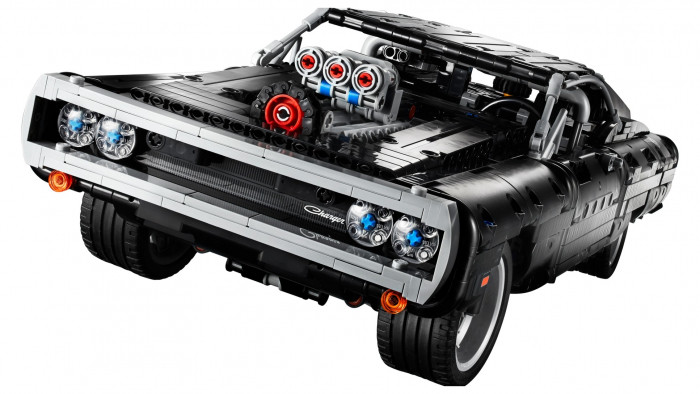 This is the first LEGO set to be inspired by the high-octane franchise - and it’s a bit of a venture.

The massive 1077-piece car is a replica of the legendary 1970 Dodge Charger R/T driven by Vin Diesel’s character Dominic Toretto and because it’s from the Technic collection, there are moving parts, too.

You can open the hood to reveal the V8 engine, as well as there being moving pistons, double wishbone suspension, and a fire extinguisher in the boot for when your stunts get out of hand.

If nothing else, the 1:13 scale LEGO Technic Dom’s Dodge Charger might give Fast and Furious fans something to do now that they have to wait until April 2021 for the ninth instalment of the franchise - F9.

Samuel Tacchi, the designer of the replica, said he hopes the set “captures the hearts and imaginations of petrol-heads the world over”.

“We want to inspire people of all ages to explore their creativity through building whatever their passion is, and we know fans of LEGO Technic and the blockbuster franchise love cool cars and adrenaline-fuelled fun,” he added.

“Brought together by that same passion, we worked really closely with the Universal team to bring Dom’s Dodge Charger to life in the most minute detail to inspire Fast & Furious fans and LEGO Technic builders around the world.”

The LEGO Dodge Charger is available to pre-order now, with shipping beginning on 27 April.