The new season of the Expanse looks tens. 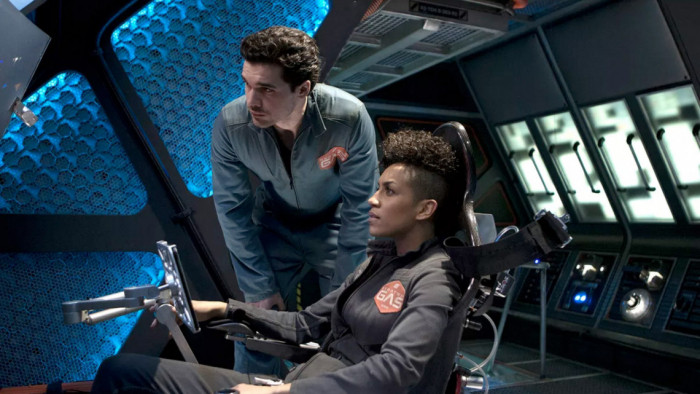 We were all very excited when we heard that The Expanse would be getting a fifth season. And now the fourth is not too far away either.

Out in December, the season has now been teased with a brand new trailer, and it looks just as thrilling and exciting as we'd hoped.

At the end of season three, we saw the Roci crew start to explore a new, Earth-like planet, Ilus. In season four, we're going to find out just what's going on behind the scenes of the apparently benign planet.

As you'd expect from a sci-fi drama, Ilus is not exactly what it seems (it would make for some fairly boring TV if it was). The planet already has a collection of inhabitants trying to carve out a routine – so far, so normal.

But the crew believe that the planet could be linked to the protomolecule, the pesky viral alien weapon that can change people's biomass. Storms on the planet appear to contain the molecule, meaning inhabitants are at risk – and there's no doubt more lurking under the surface of the planet, too.

Not long to wait – the show is out on December 13th. And in the meantime, check out our pick of the best Amazon Prime series available to stream now.