Edward Furlong is back for Terminator: Dark Fate 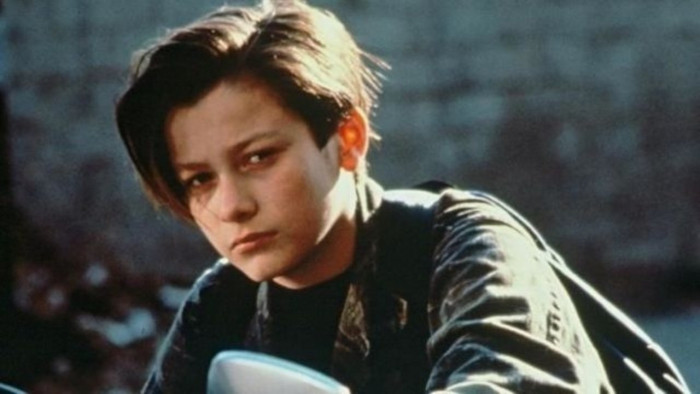 It seems the filming of Terminator: Dark Fate must have been a full-on reunion. We already knew Linda Hamilton (Sarah Connor) and Arnold Schwarzenegger (The Terminator itself) were returning, but apparently they were also joined by Eddie Furlong, who played John Connor in Terminator 2 Judgement Day.

“We asked Linda to come back, and thankfully she agreed and we built the story about that,” James Cameron told an audience at San Diego Comic-Con. “Eddie Furlong is back as John.”

While Cameron isn’t directing the new movie – that honour falls to the man behind Deadpool, Tim Miller – he did direct Terminator and Terminator 2, and wrote the story for the new movie. So he probably isn’t pulling our collective leg, here.

Given Furlong was 13 at the time of Terminator 2, he’s probably a little different from how you remember him. That makes him 41 now, to save you the maths, although you may well have seen him in a couple of scenes in Seth Rogan’s The Green Hornet back in 2011.

Another tidbit we learned from Comic-Con: the new Terminator will be R-rated, unlike Terminator Genisys and Terminator Salvation. “The DNA of Terminator is an R-rated f*ckin' movie," Miller said. "To not do it R feels disingenuous to the source material.

Terminator: Dark Fate will be released on October 23 in the UK. Terminator 2 sits proudly in our list of the best 90s movies, but no pressure, guys.