The ultimate geeky treat for fans of DC. 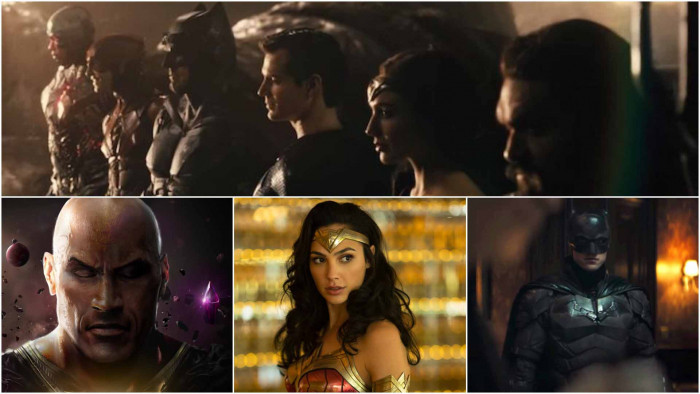 DC FanDome, the online showcase for everything DC Comics did not disappoint this year. While many movies and shows are currently put on hold while Covid-19 still rages, DC decided to put on an event which showcases the awesome stuff it has been working on.

Called DC FanDome, the 24-hour event was packed with trailers and talent talking about the upcoming movies. From The Batman trailer (brooding and brutal) to Wonder Woman 84 (colourful and retro) to The Suicide Squad (WTF? This looks awesome), here are some of our favourite trailers and behind-the-scenes looks from the event.

From the red Warner Bros logo you know this one is going to be good. The teaser trailer of The Batman is a brooding slab of the Bat. Nirvana's Something In The Way, remixed by composer Michael Giacchino, sets the mood. We see glimpses of what The Riddler (Paul Dano) is up to, Commissioner Gordon (Jeffrey Wright) going full detective and Robert Pattinson both as Bruce Wayne and Batman. There's a hint of emo to his look, but this is mostly to do with him still having the eye makeup on from when he takes off his mask, a nod to the fans always questioning where the makeup goes in other movies.

We see hints of Catwoman (Zoe Kravitz) and possibly a bulked out and prosthetic wearing Colin Farrell as The Penguin. Batman fights and it's pure brutality, The Riddler speaks and it's pure chills. We can't wait for this one.

Ah, a little bit of light from the DC cannon. Wonder Woman 84 looks like a Technicolor blast from the past, offering up a new story of Diana Prince / Wonder Woman who has a new foe to fight, Cheetah - a very cool looking Kristen Wiig. There's many a flight of fantasy in the trailer and a nice dollop of humour, too. We still don't quite know how Chris Pine's Steve Trevor is threaded back into the story but this is certain to be a fun watch.

Well, we weren't expecting THIS many people to be in The Suicide Squad. While we didn't get a full trailer, this role call and the sneak peak below is a refreshing look at a movie that is pretty much forgetting the first one ever existed - and for good reason.

The characters involved here look fantastic and this tease shows them what they look like int he movie and what they look like in the comics. There's Idris Elba as Bloodsport, Margot Robbie returning at Harley Quinn, Nathan Fillion as TDK, Pete Davidson as Black Guard and a brilliant looking John Cena as Peacemaker. Director James Gunn tweeted recently that many of these characters will be massacred so don't go in expecting to see them in many a movie but that's going to be half the fun of the film - figuring out who is going to get it next.

Finally we get to see some footage, well behind-the-scenes look, at what The Suicide Squad is going to be and it looks like it is riffing off The Dirty Dozen. You can see director James Gunn's irreverent humour all over the movie and he seems positively overwhelmed by the whole things, noting that it's the biggest thing he has ever worked on. This is a movie that looks so different to the first film that we really are in uncharted territory here but it looks great and is packed with stars, ultraviolence and fun.

This is the trailer fans were hoping to see, because this film would not exist without its fans petitioning it. Now, we don't get a drastically different feel to The Justice League we have already seen and, kind of, liked. But it does look more epic, darker and more mature (but that may just be the use of the song Hallelujah). It showcases a movie that's set to be an epic 4 hours' long and only available through HBO Max. One for completists, yes, but it's going to be one hell of an interesting watch - especially because everyone will be comparing each scene to the movie Joss Whedon finished.

Now this is an interesting one. It'a been something of a passion project for Dwayne Johnson The Rock that's been teased for a while but now we get some sort of information and quick tease of the movie itself. The character could be key to the next-gen of the DC Universe - he's an anti-hero as strong with many of the same powers as Superman, as it could mean we get to see the Justice Society of America get together.