The greatest music, TV, film and books - according to David Bowie

He knew a fair bit about the arts, did Mr Bowie. 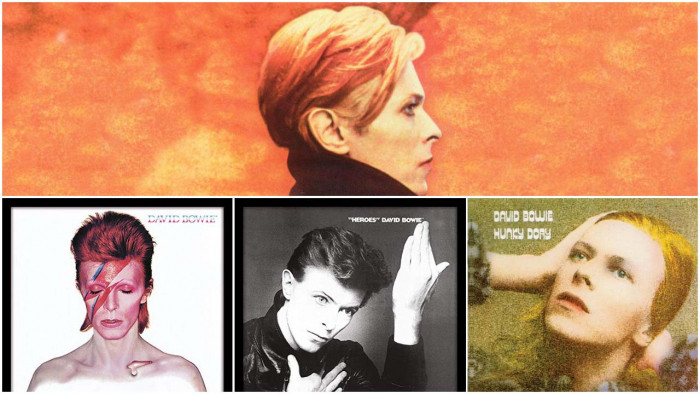 January 8th 2020 would have been David Bowie's 73rd birthday. To celebrate this, it has been announced by Parlophone Records that a streaming EP of rare and unreleased songs, David Bowie Is It Any Wonder?

The first song has already been released on Spotify. It is a previously unreleased version of The Man Who Sold The World. Five more songs will be released on a weekly basis from 17th January.

That we are still getting unreleased, brilliant tracks from Bowie's archive is a musical blessing. It cements David Bowie’s enormous artistic contribution to the world through the music and films which will live on after his passing.

But what of Bowie the fan? After all, no artist exists in a vacuum, as they take in work by others that influences them or, that they simply enjoy on its own terms.

Thankfully, David Bowie often spoke of the musicians and artists he admired, and the artistic works he loved, and clearly relished the chance to use his fame to turn the spotlight on lesser known artists who he felt should be celebrated.

So, to mark the first anniversary of his passing, we’ve looked back over Bowie’s many interviews and done our best to construct a cultural roadmap from the great man himself.

Here’s what Bowie liked; hey, you should probably like it too, shouldn’t you?

A name synonymous with the ‘Canterbury sound’ of avant garde prog-rock geniuses from Kent (really), it’s no surprise that Wyatt’s blend of supreme storytelling, personality-heavy voice, and blend of genres was an influence on Bowie who described ‘Shipbuilding’ as “a well-thought-through and relentlessly affecting song co-written by Elvis Costello, and Wyatt’s interpretation is the definitive. Heartbreaking—reduces strong men to blubbering girlies.”

Their self-titled 1970 album one of Bowie’s favourites, rap pioneers The Last Poets spoke strongly off societies woes at a time when society had seldom been more woeful, even six years after the Civil Rights Act was passed by the American government. Skip to 2.10 to hear something way ahead of its time.

Another of Bowie’s favourite songs, picked up on vinyl from Dobell’s Jazz record shop on Charing Cross Road in 1963, ‘Tupelo’ is slow and brooding and dark and, I don’t know, kinda sexy, with Hooker’s voice rumbling as low as his ominous guitar.

Bowie loved his jazz – more of that in a bit, you lucky sods – and he once went out dancing with none other than Princess Diana at a gig by Fraiser-theme-alikes George Melly and the Feetwarmers. Very stylish.

Bowie was an early champion of the Canadian band and he eventually performed live with them several times, before appearing on their 2013 album Reflektor. Upon his passing, singer and guitarist Win Butler said in a statement. “He not only created the world that made it possible for our band to exist, he welcomed us into it with grace and warmth… A true artist even in his passing, the world is more bright and mysterious because of him, and we will continue to shout prayers into the atmosphere he created.”

Brixton-raised but Jamacian born, dub poet Linton Kwesi Johnson was described by Bowie as “writing some of the most moving poetry to be found in popular music“ with ‘Forces Of Victory’/’Forces Of Vicktry’ (nobody can quite decide which) his most popular contribution.

Bowie was a prolific reader, saying that “when I’m relaxed what I do is read”. He described a good week as one in which he managed to get through “three or four books”. Naturally, his tastes were extensive and varied; and thanks to a 2013 exhibition of Bowie at the Running at the Art Gallery in Toronto, Ontario, there is a list of his 100 favourite books, of which we will select a few, beginning with George Orwell’s dystopian classic Nineteen Eighty-Four, which we’re sure Bowie would have appreciated the significance of, given the events in 2016 that followed his death.

On The Road – Jack Kerouac

Bowie stated that one of the turning points of his life was reading Jack Kerouac’s 1957 classic at the age of 15 (so sometime in 1961), which gave him the urge to leave Bromley and make his way in the world. Quite what Bowie got from a book featuring drug use, countercultural life and new approaches to creativity remains a mystery to us though. Honestly, we’re stumped.

Surprisingly, this was the legendary Spike Milligan’s only major fictional work, but it made the cut in Bowie’s top 100. A cult favourite, it’s worth digging out as an insight into the mind of one of the greatest surreal comic talents the world has known.

Many people believe that Bowie’s classic Space Oddity, which came out in 1969, was inspired by the ongoing space race between the US and Russia and the moon landing of the same year. Not so – Bowie revealed in 2003 that it was actually inspired by Stanley Kubrick’s 1968 sci-fi classic 2001: A Space Odyssey. He explained, “In England, it was always presumed that it was written about the space landing, because it kind of came to prominence around the same time. But it actually wasn’t. It was written because of going to see the film 2001, which I found amazing. I was out of my gourd anyway, I was very stoned when I went to see it, several times, and it was really a revelation to me. It got the song flowing.”

Bowie curated the H&M High Line Festival in New York in 2007 with one presentation seeing him select his 10 favourite Latin American and Spanish films from the last 100 years. The most recent of these was Machuca, released in 2004 and helmed by Chilean director Andrés Wood. Set in 1973 Santiago before and after General Pinochet’s military coup, it tells the story of two friends; one rich, one poor who attend the same elite school and see their friendship tested by the political turmoil.

The Adam and Joe Show

During Adam Buxton’s podcast discussing the reaction to the musician’s death, interviewee Dara O’Kearney revealed that Bowie was - in fact - a fan of The Adam and Joe Show. Apparently he’d been a big fan of Bad Dad - a feature in which the duo would chew the fat with Adam Buxton’s dad. The podcast itself, featuring interviews with fans Kathy Burke and Jonathan Ross is well worth a listen.

Bowie provided the voice of Lord Royal Highness in the 2007 TV movie, proving that while he was a man of highbrow tastes, he also understood (alongside Liam Gallagher) the inherent brilliance of our underwater friend SpongeBob SquarePants. At the time, he wrote, “I’ve hit the Holy Grail of animation gigs. Yesterday I got to be a character on … tan-tara … SpongeBob SquarePants. Oh Yeah!! We, the family, are thrilled. Nothing else need happen this year, well, this week anyway.” You can buy it here for a mere £2.99.

In a webchat with his fans, Bowie said that one of his favourite comics was Harry Hill – perhaps no surprise given his established love of surrealism in comedy and art. Maybe in response to this tribute, Hill then appeared in a spoof version of Bowie’s 2013 comeback single Where Are We Now? (sadly it no longer exists on the internet) – although he never commented on it, we’re sure Bowie approved.

Who can forget this piece of absolute televisual magic, created when David Bowie agreed to guest on an episode of the second series of Ricky Gervais’ follow-up to The Office, Extras? When tasked by Gervais to sing something “retro, something like Life on Mars?”, Bowie apparently responded sarcastically, saying, “Sure, I’ll just knock off a quick Life on Mars? for you” – yet the song he came up with was, hilariously, almost as good. We dare you to dislodge “see his pug-nosed face” from your head for the next week.

It was always widely-known that Bowie was a huge art fan, but his death enabled us to see exactly what his tastes were, as his private art collection was displayed to the public before being auctioned off in November. Amongst many great pieces, we’ve selected three, beginning with Jean-Michel Basquiat’s 1984 work Air Power. In a 1996 issues of Modern Painters magazine, Bowie wrote of him, “I feel the very moment of his brush or crayon touching the canvas. There is a burning immediacy to his ever evaporating decisions that fires the imagination ten or fifteen years on, as freshly molten as the day they were poured onto the canvas.” The same year, Bowie played the role of Andy Warhol, a mentor and collaborator of Basquiat in Julian Schnabel’s film of the same name.

Bowie owned Head of Gerda Boehm, the above painting, created in 1965 by the British artist Frank Auerbach. He was a huge fan of the sculptural effects of Auerbach’s paintings, saying “I find his kind of bas-relief way of painting extraordinary. Sometimes I’m not really sure if I’m dealing with sculpture or painting.” He went on describe how his art made him feel, commenting: “It will give spiritual weight to my angst. Some mornings I’ll look at it and go, ‘Oh, God, yeah! I know!’ But that same painting, on a different day, can produce in me an incredible feeling of the triumph of trying to express myself as an artist. I can look at it and say: My God, yeah! I want to sound like that looks.”

Several Damien Hirst works were part of Bowie’s private collection including one, entitled Beautiful, hallo, space-boy painting – pictured above – that he actually collaborated with him on. He said of the experience of working together: "I had a ball. I felt like I was 3 years old again. It reminded me of Picasso’s attitude. You know, he set the parameters in the studio that produced a kind of playfulness out of which came a very pure thing." He spoke further of his love of Hirst’s work, saying, “He’s different. I think his work is extremely emotional, subjective, very tied up with his own personal fears – his fear of death is very strong – and I find his pieces moving and not at all flippant.”